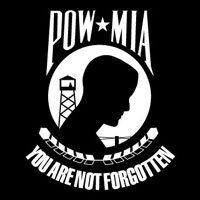 A lifestyle of loss

It gives me a pang of sadness every time I see it, but it also gives me a twinge of exasperation. The POW/MIA flag flies above the California state capitol and too many other places to mention. The logo appears on bumperstickers and the occasional T-shirt. Sometimes we seem to live in a culture of denial and self-deception, of which the POW/MIA issue is just one of the most visible manifestations.

Many years ago I was doing some constituent work for a California legislator. A woman had come into the office looking for assistance in tracking down her son. While elected officials are never your first recourse in solving a missing-person case, they are often the last resort in all kinds of situations. After all, your legislator has more leverage than you do, so enlisting his or her support can help resolve a problem involving government or public agencies.

I sat down with the distressed woman and we went over her case. Soon I realized it was hopeless and understood why law enforcement had wearied of her and her doomed quest to find her son. She had nothing. The file folder she had brought with her contained nothing but a couple of family photographs and a stack of newspaper clippings. The clippings were of photos, not of articles. She had selected them based on her opinion that her son appeared in them. After he ran away from home, the mother had begun to "see" him in news photos. There he was in a crowd in Paris. Here he was in a group of people in New York City. There you could "just make him out" behind someone standing in San Francisco's Ghiardelli Square.

Frankly, I couldn't see any but the most superficial resemblance between the young men she was spotting in the paper and the family photos of her son. When I asked how long he had been missing, it turned out that he had been gone for twenty years. Nevertheless, she was still looking for people who matched her son's appearance of two decades ago. In her mind she had frozen her son in time.

I cannot remember how my meeting with the constituent ended. Her delusion was beyond my meager powers to resolve. I probably nodded my head sympathetically many times, took her address, and promised a follow-up letter from my boss. That was the usual pattern with constituent services, although in happier circumstances the letter would report on what had been done to solve the problem. In her case, the letter over my boss's signature would regretfully tell her that we had checked with the appropriate authorities (which we would have) and that we were sorry that it seemed unlikely that a missing-person case of such long standing would have a happy ending. I would have drafted the letter in accordance with the legislator's standing order to be as diplomatic as possible when delivering bad news.

Déjà vu all over again

I can't help but think of that poor woman every time I see the POW/MIA emblem. “You are not forgotten,” it says. Nor should they be. But there is a strong undercurrent of unreality in the whole business. You can have a sequence of perfectly reasonable statements that eventually draws you into a fantasy land where the truth is most unwelcome. Consider this statement from the National League of Families of American Prisoners and Missing in Southeast Asia:

The National League of Families of American Prisoners and Missing in Southeast Asia's sole purpose is to obtain the release of all prisoners, the fullest possible accounting for the missing and repatriation of all recoverable remains of those who died serving our nation during the Vietnam War.

The League's first priority is the “release of all prisoners” that remain imprisoned more than thirty years after the end of the Vietnam war. While we might agree that it is more important to rescue living people from incarceration than recover the remains of the deceased, why would anyone think that there is any significant probability that such POWs even exist?

The League's highest priority is resolving the live prisoner question. Official intelligence indicates that Americans known to have been alive in captivity in Vietnam, Laos and Cambodia were not returned at the end of the war. In the absence of evidence to the contrary, it must be assumed that these Americans may still be alive. As a policy, the U.S. Government does not rule out the possibility that Americans could still be held.

That last sentence gives my gut a twist. Of course the government does not “rule out” the remote possibility that POWs might exist. Governments don't make categorical statements when they can preserve some wiggle room. You don't need a former government aide like me to tell you that. As for the notion that some of these missing “Americans may still be alive,” the whole weight of that statement lies on the word may.

Thus we have the fateful progression from (a) some guys are still missing, (b) a few could be alive, and (c) we must never give up.

Well, what would you do? If one of the missing were a family member, would you ever give up completely? I don't think so. Still, I think the legislators who pass feel-good measures to require the flying of the POW/MIA flag above the U.S. and state capitols should be embarrassed. Senator John McCain, a former POW, and Senator John Kerry, legislators on opposite sides of the political divide, worked together diligently to examine the POW issue. As Philip Gourevitch of the New Yorker reported, “[They] vetted every single one of these claims, claim by claim, that there were live sightings of POWs still in Vietnam, that there was one being held here, that there was one being held there, that there were unpatriated remains in Hanoi.” The Kerry-McCain hearings opened the way to normalized relations with Vietnam and created an environment of greater cooperation in identifying and recovering the remains of American soldiers who had been missing in action. Live POWs there were none, yet these mythical creatures continue to be a primary focus that interferes with and distracts resources from the feasible task of helping families recover the bodies of their loved ones. As I said, it is sad and understandable on the personal level, but it is frustrating to see the legislative posturing and pandering that actually hurts the people that need help.

As for “evidence,” consider this equivalent of the poor woman's packet of newspaper clippings. The League's website offers a table of “first hand sightings” of living prisoners:

Numbers this small would cause UFO aficionados to abandon all hope. Believers in living POWs are more stubborn than that. All we can offer them is sympathy. But not hope.
Posted by Zeno at 9:46 AM

Your training in diplomacy shows.

But as a teacher, I sometimes note a tendency among my students to chose hope over help.