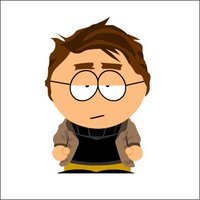 “Zeno” has been my on-line handle for several years, dating back to the era when electronic bulletin board systems (BBSs) were popular among computer hobbyists. These systems were the forerunners of today's websites and blogs. Users would log on to their favorite BBS to read and post messages, both public and private. Some BBSs offered live chat and on-line games, while others specialized in supporting particular products or organizations. The computer club I belonged to had its own BBS for the dissemination of meeting announcements and user-supported software.

Most BBS users favored anonymous handles instead of their real names, both for convenience and personal security—exactly the same reasons as today for pseudonymous e-mail addresses and user names. I no longer recall exactly how I picked “Zeno” for my handle, but the choice made so much sense that it's stayed with me over the decades. There is more than one Zeno in history that figures into my well-suited pseudonym. 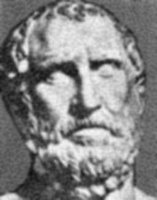 I encountered Zeno's paradoxes early in my career as a math major in school. These conundrums were devised by Zeno of Elea (or “Zeno the Eleatic”) to provoke his fellow philosophers. Zeno and his contemporaries of the fifth century B.C.E. did not have a good formulation of the notion of infinity, which permitted Zeno to stir up trouble. He famously argued that even a great athlete like the warrior Achilles could not win a foot race with a tortoise if the tortoise were given a head start. After all, by the time Achilles ran up to the tortoise's starting point, the tortoise would have moved to a new location further down the track. We are now back where we started from! Achilles is running a race with a tortoise that has a head start. He must run to the tortoise's new location, by which time the tortoise will have moved on again. Repeat. Repeat. Repeat ad infinitum. Obviously the great athlete never overtakes the plodding terrapin.

Except that in real life he does, hence the paradox. Zeno challenged his fellow philosophers to find the flaw in his argument, which they could not adequately do because they recoiled at the notion of infinity. Today we have a much more robust notion of infinity (we know, in fact, that infinities come in different sizes!). It's even built into our system of mathematical notation: the decimal number system.

Even in simple arithmetic, students meet infinity as soon as they begin to work with decimal fractions. They learn that 0.33333... is the decimal fraction corresponding to 1/3 and we teach them techniques to switch between decimal and ratio form. In later mathematics, after we have worked out the properties of geometric series, we see how an infinite collection of numbers can have a finite sum. A good example is 1/3 = 0.3 + 0.03 + 0.003 + 0.0003 + ....

As a teacher, I like to illustrate Zeno's paradox by claiming to my students that no one can leave the classroom. Of course this catches their attention. I tell them to consider that they have to get to the door in order to leave the room. However, wherever they are in the room, they first have to travel halfway to the door. From that point, they have to travel half of the remaining distance. Repeat ad infinitum. To actually reach the door, each student is accumulating a sum of distances: 1/2 of the original distance, then half of what's left (which is 1/4 of the original distance), then half of what's left of that (1/8 of the original distance), etc. What do we get when we try to evaluate the sum 1/2 + 1/4 + 1/8 + 1/16 + ...?

We know from everyday experience that we really can get out of the classroom, so what's going on with the “halfway there” argument? If we revisit the process of successive halves, we notice that first we travel 1/2 of the distance, followed by 1/4 of the distance, putting us 3/4 of the way to the door. The next stage is 1/8 of the distance, so 3/4 + 1/8 = 7/8. If we continue adding the individual stages and considering each result, we progress to 15/16 of the distance followed by 31/32, 63/64, 127/128, etc. These numbers are tending toward 1, the entire distance to the door, a finite number. By breaking up the distance into an infinite number of segments we make it appear that it is impossible to escape from the classroom, but by considering the sums we observe that the distance is finite and not the insurmountable barrier we feared.

While some students will remain perturbed by the problem, I tell them it should not embarrass them to be puzzled by a conundrum that used to defeat the best minds of Zeno's day. While this discussion by no means exhausts the topic, it illustrates why I am fascinated by Zeno's paradoxes and borrowed his name for my on-line handle. But while Zeno of Elea appeals to my mathematical side, another Zeno appeals to my philosophical side.

The philosophical school of stoicism is named after the Greek word “stoa” for porch. Zeno of Citium (333 B.C.E.-264 B.C.E.) taught his system of thought from his eponymous painted porch. While porches are out of favor in modern homes, we've all seen that porches are a great place to take it easy. I think it's quite remarkable that Zeno's fame is based on hanging out on the front stoop and shooting the breeze with his buddies. It reminds me of Douglas Adams's characterization of a philosopher from Hitchhiker's Guide to the Galaxy: “Trin Tragula ... was a dreamer, a thinker, a speculative philosopher or, as his wife would have it, an idiot.” I don't know whether Zeno of Citium had a wife to rail against him while he expounded on topics philosophical, but I do know that his school of philosophy has left us with a useful adjective: stoic.

I admire the stoic outlook, although I cannot claim to be particularly good at emulating it. Zeno taught that personal tranquility could be attained by a serene indifference to pleasure or pain. That seems to make sense. The devoted stoic steels himself against perturbations of the spirit by even-handedly disdaining the pursuit of pleasure and armoring himself against pain. This is no doubt what Lennon and McCartney were warning against in Hey, Jude (“Well don't you know that it's a fool who plays it cool by making his world a little colder”). Still, serenity is a pearl of great price, so who can say what someone might pay for it? Zeno is said to have lived an ascetic life, so perhaps he achieved the tranquility he sought. In general, as a fretful and compulsive worrier, I would have to say that I have not. Yet one could do worse than be an aspiring stoic.

The thinkers of Elea and Citium by no means exhaust the list of history's Zenos. Check out this Wikipedia page for references to several others. As for today, Zeno is variously a rock band as well as an aspiring model of Italian and Puerto Rican descent. I probably should add that Nikki Zeno (Lowrider cover girl for March 2003) is much too young to have influenced my choice of pseudonym twenty-five years ago and her views on mathematics and philosophy are not an inspiration for the content of this blog. Just thought you should know.
Posted by Zeno at 5:00 PM

Also a quick web search will convince you that most people use "onez" like "ones." Which is the plural of the one.

Since this is utter hogwash, the correct pronunciation must be "oh-n-ee-s."

By the way, the domain http://www.onez.org/ is for sale as we speak!

A classic button by Nancy Lebovitz: