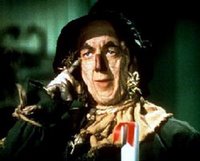 A rant about certainty

We naturally tentative people are at a disadvantage. Instead of embracing absolute truths, we prefer provisional propositions. If the propositions withstand our testing and our doubts, then our acceptance grows. If we are scientists, we might distinguish our most successful propositions with the honorific title of theory. If we are not scientists, or science-minded people, we might prefer our knowledge to be of the revealed kind, with a wonderfully comforting lack of doubt.

The disadvantage I alluded to lies in the arena of argument. The people who know things beyond a shadow of a doubt are often eager combatants. It can be difficult to debate with someone armed with the Truth while your position is based on "what seems true as best we can tell right now" (or that which is viable, as constructivists are wont to say). The people who know have no time for doubts. They say things like, "I know as sure as I am standing here right now" or "As certain as 1 + 1 = 2." (Of course, I agree with 1 + 1 = 2. That is, unless we are in a field of characteristic 2, in which case 1 + 1 = 0. This merely illustrates the necessity of agreeing on terms and context before engaging in calculation or debate. I mention it to irritate the math-challenged people who use arithmetic as a talking point in their invalid arguments.)

The true believers are out in force these days to protest the Kitzmiller decision. Kitzmiller struck down the attempt of the former school board in Dover, Pennsylvania, to push intelligent design creationism into public school science classrooms. The people who know about God and creation and stuff like that were mortally offended and quick to cry out:

[T]he theory of evolution stretches beyond reason to the point of fantasy and cover-up. Some will do anything to deny the existence of a creator God, the true inventor of science and of any accountability to the same.

This statement was published in a letter to the editor of a local paper. The ignorant correspondent went on to declare that Darwin was a believing Christian (not for long!) and that ID is the product of scientists (well, maybe; but rather marginal scientists motivated by their religious faith rather than by any scientific insights). There are many other examples of people who do not hesitate to declare that they know evolution is a hoax. See the instances cited at Recursivity and Corante. You are sure to find more examples in your own local newspaper.

I admitted earlier that I believe that 1 + 1 = 2. Is that a matter of faith? It flows inevitably from the nature of arithmetic, although that in turn is based on some constructed mathematical foundation derived from some axiomatic base (such as Peano's postulates). It all has to start somewhere. I start with some basic acceptance of logical rules of inference and an inclination to believe that things should fit into a rational framework. Even if I can't see the whole framework. And even if the Intelligent Designer (a.k.a. "God") seems an unnecessary hypothesis.

The famous geometer Edwin Moise was an open nonbeliever who was challenged to defend his atheism. Was he not merely an agnostic? How could he say there was no God? How did he know? As the story goes, Moise was amused by the question and replied, "You have to believe in something."

The Moise anecdote shows that faith can be used in different ways. I used to believe that I had a good way to undermine the faith of a true believer. My idea was to fight faith with faith. Oscar Wilde once pointed out that, "The value of an idea has nothing to do with the sincerity of the person expressing it." When an acquaintance urged upon me his personal exegesis of the nature of Christianity, I replied that most Christians (and all non-Christians) would reject his interpretation and most of them would hold to their own ideas just as firmly as he clung to his. My gambit was predictably a failure. In the grand tradition of true believers everywhere, my acquaintance pointed out that he did not have to take into account the beliefs of people who were wrong.
Posted by Zeno at 9:04 PM

I have long struggled with uncertainty and its siblings doubt and skepticism. So it's perhaps not surprising that I chose to become a statistician! (Perhaps it was a calling rather than a choice?)

One thing that really bugs me about badly written fiction is when the main characters are so sure of themselves. And worse, the omniscient narrator endorses this. ("Tom knew that Suzie was hiding something ..."). Perhaps there are people who go through life feeling little in the way of uncertainty, but they must be either not very bright or fanatics -- or both!

I was awash in a sea of certainties during the Christmas holidays with my family. My father is one of those people who know, so any disagreement with him is clear evidence of wrongheadedness. Since we are on dramatically divergent political tracks, Dad found it necessary to say I was "just brainwashed". If I were still a believing Catholic, I would be piling up penance points in a big way for not getting in his face and eviscerating his arguments. Not that I would ever persuade him anyway, so it's better to preserve some semblance of peace.

While I accept omniscient narrators on their own terms as a literary device, I agree that the good omniscient observer gives the story some room to breathe instead of intrusively telling you all there is to know. It must be boring to be God.