The end of abortion 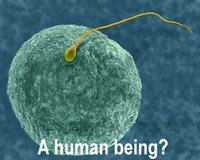 It's not what you think

The anniversary of the Supreme Court's Roe v. Wade decision always occasions a lot of excitement and political demonstrations. Emotions are heightened this year by the imminent replacement of retiring Justice Sandra Day O'Connor with someone who is less likely to support abortion rights. Giddy pro-lifers see their best opportunity to overturn Roe looming on the horizon.

Even a 5–4 decision to vacate Roe would not, however, immediately result in the end of abortion. It would instead return us to the situation that preceded Roe, when the fifty states regulated abortion in dramatically different ways, some outlawing it outright while others making it readily available. (Ironically enough, California's very liberal abortion laws were enacted with the signature of pro-life icon Ronald Reagan.) In such a situation, we could expect to see a patchwork of laws roughly approximating the national divide between so-called red states and blue states.

Although I am talking about the end of abortion, I do not foresee this as the consequence of future court action or legislative enactment. Those factors, I believe, will be frustratingly peripheral to those engaged in the political struggle over a woman's freedom to choose. Rather, abortion will diminish almost to a vanishing point in a way that will certainly be regarded as a staggering defeat by those who style themselves as pro-life. In fact, many of the losers will angrily declare that abortion has not so much gone away as merely changed its mode of operation. I may even agree with them, but that will give them little comfort.

The harbinger of my prognostication is Plan B, currently tied up in the FDA by the Bush administration's efforts to pander to its pro-life political base. Plan B (levonorgestral), as you may already know, is currently a prescription-only drug that has been proposed for over-the-counter sales. It's a progestin-only medication that is designed to prevent pregnancy if taken within 72 hours of intercourse. Plan B interferes with ovulation, fertilization, and implantation. The third item is the tricky one, because many pro-life groups adhere to the Roman Catholic dogma that a fertilized ovum is a human being and that pregnancy begins at the instant of fertilization.

The modern definition of pregnancy says that a woman is pregnant when the fertilized egg implants in the endometrium, the inner membrane of the womb. If, however, you believe a woman is pregnant the moment a sperm cell penetrates the egg cell, then to you the prevention of implantation is an abortion. From this point of view, you did not head off the pregnancy, you killed a human being. 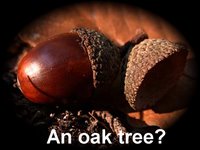 Chopping down an acorn

The idea that a fertilized ovum is that same as a human being strikes me as being no more sensible than equating an acorn with an oak tree. The acorn has all the resources and genetic data necessary to generate a stately oak, but it is not an oak tree. A fertilized egg contains all the data necessary to generate a human being, but it is not yet a person. We know now that many fertilized eggs never implant, making God himself the busiest abortionist in creation. Implantation failure may occur spontaneously as a consequence of immune system interactions (perhaps rejecting the foreign matter that is the male's contribution to the fertilized egg) or for other reasons that we just don't understand yet.

Human intervention with Plan B or its eventual successors will—depending on one's perspective—either dramatically reduce the likelihood of abortions of unwanted pregnancies or dramatically increase the number of chemically-induced abortions. The conflict in interpretation will stem from opposing definitions of fundamental concepts. Whichever way the partisans view it, the inexorable progress toward greater control over the human reproductive cycle will increasingly make it easier to avoid the near occasion of later-term abortions. Those will be left (in states that don't ban it) for woman who don't make their minds up early enough to avail themselves of remedies like Plan B.

State of the art

I expect surgical abortions to become exceedingly rare in the future whether Roe v. Wade remains the law of the land or not. While anti-abortion administrations like that of the incumbent can fight a rear-guard action, the success of such anti-choice efforts depends on a static state of the art. That is exactly what we do not have. Just as we can expect contraceptives such as Plan B to have ever-more-effective successors, we can anticipate that outright abortifacients will continue to advance. Such drugs as RU-486, which induces early-term miscarriages, will be supplanted by milder and even more reliable forms.

If I were a pro-lifer, I would be only mildly heartened by recent developments on the national scene. The trend toward greater control over reproduction is inevitable. Short of ending biological and chemical research, we cannot keep the birth control genie in the beaker. What I cannot predict, however, is what portion of the pro-life crowd will eventually face reality and discover that Bill Clinton was their true leader and prophet: Abortions should be "safe, legal, and rare." That's the best anyone can hope for.
Posted by Zeno at 2:45 PM

I thought that Plan B, primarily, prevents fertilization -- much more than preventing implantation.

No ethical problem there, right?
Or do haploid humans have rights now too???
(Cue Monty Python song . . . )