College crisis by the Bay

The example of the accreditation crisis at City College of San Francisco is being cast as an important lesson to those involved in higher education. I fear, however, that not everyone is learning the right lesson. Consider, for example, the unfortunate Rafael Mandelman, first elected to the CCSF board of trustees in November 2012. He joined a board in upheaval. The Accrediting Commission for Community and Junior colleges had rejected the college's self-study report and application for reaffirmation of accreditation. Instead, the ACCJC had issued a “show cause” decision at its June 2012 meeting, which meant that CCSF had one year to show why it should not be shut down. Five months were already gone when Mandelman was elected to his board seat. By the time he was sworn in as the board's newest member in January 2013, two more months had gone by and the deadline for CCSF's response to the ACCJC was looming.

On March 15, 2013, CCSF submitted its Show Cause Report to the accrediting commission in hopes of having made its case for the college's continuing existence. In June the ACCJC met and in July the commission revealed that it had voted to terminate the college. CCSF had neither resolved the deficiencies identified in the 2012 evaluation nor demonstrated sufficient progress toward alleviating them. Barring dramatic developments, the college would close after its spring 2014 semester.

Trustee Mandelman, of course, had minimal impact on these developments. Not only was he the board's junior member, the entire board had been subordinated to a special trustee selected by the statewide community college chancellor. The dysfunctionality of the board had been highlighted in Recommendation 14 of the ACCJC evaluation, so the board was not being trusted to devise its own solution; adult supervision had been imposed. Even that, however, had not been enough to save the school. Understandably frustrated, Mandelman expressed his outrage in an opinion piece published in the July 21, 2013, edition of the San Francisco Chronicle: 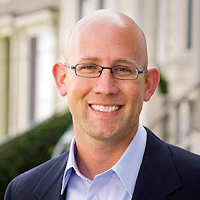 If the Accrediting Commission for Community and Junior Colleges is correct and City College has failed over the past year, there is plenty of blame to go around.

But I do not agree that City College has failed. There have been missteps, to be sure, but the facts do not support [California Community Colleges Chancellor Brice] Harris' portrayal of a recalcitrant institution resisting change. Rather, they show one that has moved quickly to bring itself into compliance with accreditation standards.

“Significant”? Perhaps. But obviously not deemed “sufficient” by the accrediting commission members. A dozen of the deficiencies had been previously identified in the ACCJC's 2006 evaluation of the college. Accreditation was reaffirmed, with a reasonable expectation of resolution of the problems by the time the 2012 cycle rolled around. Instead, the ACCJC found continued neglect and added two more deficiencies, producing the new baker's-dozen-plus-one recommendations. (In one of the more amusing responses to the lack of progress by CCSF, one of its exponents commented that it was never clear that CCSF could not just take it or leave it when it came to “recommendations.” But one should not take an Internet comment as representative of the college's understanding of the imperative nature of ACCJC recommendations.)

The list of recommendations constitutes a strong bill of indictment against CCSF, even when rendered in buzz-word summary form by the college itself in its Show Cause Report:


The College has focused its attention on responding to all 14 current Recommendations over the past nine months by:


No wonder that CCSF could not adequately address all of these deficiencies between the “show cause” ruling in June 2012 and the response submission in May 2013, especially given the shortcomings in the college's planning and administrative processes.

While CCSF remains accredited through the current academic year, the negative impact of the accreditation ruling is already evident. Student enrollment is dropping and open staff positions are difficult to fill. Trustee Mandelman is ready to place the blame:


What City College does not need are stern lectures or threats, from Brice Harris or the commission. What it needs now is time: time to continue to address the real problems the commission identified last year and the ones they missed; time, frankly, to recover from the damage that the commission has done.

Chancellor Harris's people have been in place during the past year attempting to bail out CCSF, but Mandelman does not appreciate Harris's frank acknowledgment of the college's shortcomings. Almost all of the deficiencies have been on the record for half a dozen years while the powers-that-be at CCSF took a mañana approach to addressing them, but now there is no tomorrow.

I might point out that Dr. Harris is probably the best advisor and overseer that CCSF could hope for. When he was chancellor of the four-college Los Rios district based in Sacramento, Harris steered all of his schools through three rounds of accreditation with no significant findings of deficiency and numerous commendations. It's worth listening to him.

I have yet to mention a side-issue which some people in the CCSF community may be contemplating with undue optimism. The ACCJC has long been regarded as more draconian than other regional accrediting agencies—and there's evidence to support the charge, especially given the higher rates at which the ACCJC imposes sanctions compared to other regional accreditation agencies. The U.S. Department of Education has slapped the ACCJC with its own list of deficiencies. The unduly optimistic are therefore celebrating the treatment of the gander in accordance to what it inflicted on various geese.

In brief, the Department of Education cited the ACCJC for lack of clarity in providing institutions with due process and in appropriately constituting its evaluation teams. The commission's responses to these shortcomings should make future evaluation cycles a little more civilized. However, there was nothing in the Department of Education's recommendations (there's that word again!) to suggest that previous accreditation decisions were so flawed as to require review or revocation. CCSF has to play the cards it was dealt.

The college needs to acknowledge more frankly the stark reality of what occurred: Its problems do not stem from the arbitrary decision of a star chamber tribunal populated by faceless bureaucrats. In reality, an evaluation team of peers—staff, faculty, and managers from other community colleges—visited CCSF and found it wanting. The peers reported to the commissioners of the ACCJC—who are also peers recruited from the ranks of community college faculty and management—and the commissioners concurred with the findings of deficiency. Until your peers agree that you're doing a good job, you're probably not.
Posted by Zeno at 3:00 PM

I don't know about administrative issues, but when I applied for a position at SFCC in 2000 and another in 2001, I was very impressed with their process. They asked excellent questions, and had over a dozen faculty attending the demonstration lesson. Their math lab impressed me also.

I love my work at Contra Costa College, and am now grateful that I didn't get the position at SFCC. (It was very close.) But I think it's a great school in many ways, and having the accreditors say it would close has been very destructive.

The one area where CCSF shines is the most important area: instruction. Their faculty members are generally regarded as excellent. CCSF's problems are all focused on slip-shod, half-baked management practices that jeopardize the entire operation. It's exacerbated by a big dollop of denial. The loss of CCSF would be an enormous tragedy for education in the greater Bay Area.

Oh, good, you're back! GOP idiocy is fun to gnaw on but it does get a bit stale after several months!

It would not be the first college plagued with bad management. It's just surprising that it happens in a desirable place to live. It should be easy to find people who could do a good job and want to live in the Bay Area.

CCSF was long well-regarded. Back in my day (*cough*) at Cal, I knew quite a few transfer students from CCSF who performed well at Cal during their junior and senior years, including two in STEM areas who went on to earn PhDs. from Cal and UCSD, respectively.

Of course, a lot of California's community colleges produced well-qualified transfer students back then, because putting money into education was considered a good investment (not to mention preparing Americans to beat the Russkies in the Cold War, including the race to the Moon).