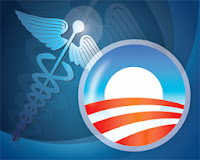 Can't anybody here play this game?

My lack of interest in sports is well-nigh complete. Please don't bother making small talk with me by asking whether I “saw the game last night.” Nevertheless, even I remember Casey Stengel's lament about his wretched New York Mets: “Can't anybody here play this game?” Stengel's question sometimes echoes in my head whenever I see another fumble by the Obama administration. (Yeah, I know: “fumble” is football. Did you forget that I don't care?)

Obama and company could stand to be a little more aggressive in the face of constant carping, petty backbiting, and outright lies. The president has been largely content to allow tea-stained critics to denounce him for “lying” about his statements that the Affordable Care Act would allow individuals to keep health insurance plans they liked. A little push-back would have been a good thing, instead of stoically accepting so much abuse and then apologizing.

In particular, I'm thinking Obama should have cited chapter and verse from the healthcare reform legislation itself. Yes, the measure is big and unwieldy (and Republicans like to pretend that no one knew what was in it despite months of delays and debates), but it's not impossible to look things up if you have specific questions. Have you ever read Sec. 1251? Did you even know it exists? Check it out:

(b) ALLOWANCE FOR FAMILY MEMBERS TO JOIN CURRENT COVERAGE.—With respect to a group health plan or health insurance coverage in which an individual was enrolled on the date of enactment of this Act and which is renewed after such date, family members of such individual shall be permitted to enroll in such plan or coverage if such enrollment is permitted under the terms of the plan in effect as of such date of enactment.

(c) ALLOWANCE FOR NEW EMPLOYEES TO JOIN CURRENT PLAN.—A group health plan that provides coverage on the date of enactment of this Act may provide for the enrolling of new employees (and their families) in such plan, and this subtitle and subtitle A (and the amendments made by such subtitles) shall not apply with respect to such plan and such new employees (and their families).

That's right. The provisions of the healthcare act expressly establish a person's right to keep a health plan! The language is clear and explicit. In what way, then, did the president lie? Why, then, are people losing their current plans despite Sec. 1251?

Simple. Nothing forces the insurance companies to continue to offer those plans. Sec. 1251 has an invisible and unanticipated qualification: You can keep your current plan if your insurance company doesn't cancel it! The Obama administration cared enough to put the language of Sec. 1251 in the bill, but it failed to anticipate how many insurance companies would use the measure's enactment as an excuse for immediate cancellation of plans that don't meet Obamacare standards. Are we grandfathered in for a period of time? Who cares? We insurance companies sure don't!

Perhaps the president needs a little help in rebutting his critics, but it's probably too late for him to deliver the following short speech I just drafted: 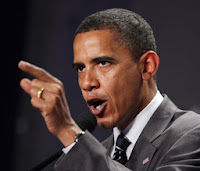 My fellow Americans, you have heard many critics accusing me of having lied to you when I said, ‘If you like your health plan you can keep your health plan.’ Most of them know that accusation is false. In fact, that provision was expressly written into the Affordable Care Act. I quote word-for-word from Section 1251: ‘Nothing in this Act ... shall be construed to require that an individual terminate coverage under a group health plan or health insurance coverage in which such individual was enrolled on the date of enactment of this Act.’ So what happened? I'll tell you. Many insurance companies decided to cancel policies anyway, abandoning their clients despite the fact that the Affordable Care Act does not require it. Perhaps healthcare reform needed more mandates rather than fewer, but we did not require insurance companies to maintain their existing policies during the transition period. We should have been stricter.

Let me remind you again that nothing in the Affordable Care Act requires anyone to terminate a current health plan that does not initially meet the requirements of healthcare reform. They were grandfathered in. Unfortunately, the many people who were tossed aside by their insurance companies have not had ready access to a fully functioning health care website in order to seek out their most affordable alternatives. We are committed, however, to rectifying the situation and improvements are being made every day. We will stay the course and get the job done. In the meantime, whenever you hear someone screaming about the supposed lies and failings of healthcare reform, be sure to ask them what they are doing to help, besides just making baseless accusations. Thank you.

Hear, hear! I wish they would stop being wimps over at 1600 Pennsylvania Avenue.

What I've heard is that non-compliant plans purchased before the bill was signed were grandfathered, but not plans purchased afterwards -- and supposedly, the latter group is much larger than you'd expect, due to high turnover in the individual market.

Of course, William. The ACA says " in which such individual was enrolled on the date of enactment of this Act". Nothing required insurance companies to sell substandard plans so they could try to trick people into more expensive ones later, steering them away from the exchanges, but is anybody surprised that they did?

Good job, Zeno, for not only clarifying the situation, but actually saying something about it!

I'm one of the ones whose health insurance plan is ending after Dec. 31. I was offered a new plan by the same company, starting 1/1, that meets all the ACA requirements for a "bronze" level plan. Which would cost almost 50% more than what I've been paying this past year.

The company had already moved me to a plan that met many of the pending rules, and this would be the final change.

But look, in my view the problem with these many issues is simply this - our way of financing healthcare is horribly inefficient, unfair, immensely complicated and opaque, and grossly over-priced. President Obama ushered in important and obvious improvements, but the system is still utterly unworkable. It's a grotesque system, but a little bit better than it was.

But don't get me started!

Gene: Don't just take your insurance company's word for it, check out other plans on the exchange. Insurance companies have been known to lie to their customers (surpeise, surprise), and to charge their old customers more than for the same plans on the exchange. And other companies might have better plans. It is worth looking at even if you, like me, do not qualify for subsidies.

Zeno: Welcome back. You've been missed.

IIRC, in the individual market, insurance policies are sold for a specific period of time, such as 6 or 12 months. At that point, the policy ends. The insured can buy a new one, of course, and the insurance company will make it very easy.

If you visited a doctor in, say, May and had a policy that ran from January through June, the doctor's visit may have uncovered evidence of something didn't become serious until, say, September. The new policy you purchased to cover July through December need not pay for the serious condition because it is a preexisting condition.