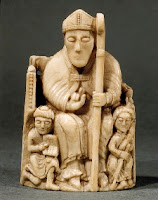 Former Boston mayor and U.S. ambassador to the Vatican Ray Flynn was talking to Bob Dunning on “The Bishop's Radio Hour” on Immaculate Heart Radio, bemoaning American Catholicism's loss of political clout and savvy. “We knew how to frame the question,” he said, explaining why Catholics were more successful in the past.

Flynn was specifically addressing the Church's difficulty in responding to the Health and Human Services mandate for health insurance coverage of contraceptive services. From his point of view, it was a pity that both Catholics and non-Catholics are so accepting of birth control. Quite apart from indicating the laxity of current Catholic practice, general acceptance of birth control creates a “framing” problem for the U.S. bishops as they attack the HHS mandate on contraceptives:


We don't have that voice that is framing the question the way it should be framed, so just average Catholics picking up the newspaper or listening to the radio and casually hears the conversation or hears the headlines, you know, will be attracted to our point of view. If it's framed in a way of contraception and the bishops are trying to tell the country they can't practice birth control, then they win. There's no question about it. But if we keep it on the issue of religious freedom, first amendment, constitutionally protected human rights, religious rights, we win. So there's the battle. The battle is over terminology.

Of course, it's not Mr. Flynn's job to put things in strictly religious terms. He's a canny old politician, so political advice is what you should expect. Are the bishops listening? It seems that they are. For the benefit of his listeners, Dunning read “Protecting Consciences,” a document from the U.S. Conference of Catholic Bishops. It spins like a top:


The church does not ask for special treatment, simply the rights of religious freedom for all citizens.... Catholics and many other Americans have strongly criticized the recent Department of Health and Human Services (HHS) mandate requiring almost all private health plans to cover contraception, sterilization and abortion-inducing drugs. For the first time in our history, the federal government will force religious institutions to fund and facilitate coverage of a drug or procedure contrary to their moral teaching, and purport to define which religious institutions are “religious enough” to merit an exemption. This is a matter of whether religious people and institutions may be forced by the government to provide such coverage even when it violates our consciences.

What we ask is nothing more than the right to follow our consciences as we live out our teaching.

Truly shocking, isn't it, to see how the cruel and hyper-secular Obama administration is attacking religion freedom and trampling the conscience rights of individuals. No wonder the American bishops are clutching their pearls and reeling in the face of this unprecedented attack.

Because it's convenient for them to do so.

The U.S. bishops are full of shit. They hope that people have forgotten—or never knew—how meekly they rolled over to contraceptive mandates in the past. Sure, there was a bit of whining, but most people are undoubtedly unaware that most states imposed contraceptive mandates on healthcare insurance years ago and U.S. bishops somehow managed to live with it. As the Boston archdiocese incautiously admits, “In more than half of the states, Catholic officials have been living for years with mandates that health insurance plans must cover FDA-approved contraceptives in their prescription drug plans.”

The prelates have a riposte ready for the argument that the HHS mandate is nothing that new. No, no, no! they cry. The state mandates are much less draconian than the HHS version and contain more generous conscience clauses. There is a kernel of truth in the argument. Just enough to make the lie more effective. Here's what the bishops say:


The federal mandate is much stricter than existing state mandates. HHS chose the narrowest state-level religious exemption as the model for its own. That exemption was drafted by the ACLU and exists in only 3 states (New York, California, Oregon).

Oh. So it's not “much stricter” than state mandates. Equally tough mandates already exist in multiple states. You have to love the way the bishops cite only three states, when two of them are California and New York. The mandate and its supposedly too-narrow religious exemption have been in place in California for nearly a decade. The Golden State's Catholic bishops did not feel it necessary to call down thunderbolts from heaven until the mandate went nationwide with the president's healthcare reform. Now, suddenly, it's an abomination from the pit of hell that threatens our precious religious freedom.

The California bishops who miraculously kept their peace about the existing state mandate are now singing from the same page in the political hymnal. Here, for example, is Armando X. Ochoa of the Fresno diocese, roused from his slumber and sounding an anxious call to arms:


[T]he Administration has cast aside the First Amendment to the Constitution of the United States, denying to Catholics our Nation's first and most fundamental freedom, that of religious liberty. And as a result, unless the rule is overturned, we Catholics will be compelled either to violate our consciences, or to drop health coverage for our employees (and suffer the penalties for doing so).

The American bishops have lost touch with the commandment against bearing false witness. In their unremitting campaign against birth control, they have devolved into little more than the Catholic auxiliary of right-wing opposition to the president and political propaganda is their second language (if not first). The Church's radio stations lard nearly every program with extreme conservative rhetoric. The Catholic Church in the United States used to have ample cause to look down its patrician nose at the antics of the religious troglodytes at the Moral Majority or Bob Jones University.

Cogent and cutting. Love it (and linked to it). I have a hard time feeling sorry for them - they're so hellbent on denying everyone who's not Catholic any religious freedom at all.

Too bad for the bishops. They picked the one battle-contraception-for which almost everyone has already chosen a side, and it ain't the bishops's side.

When they say "For the first time in our history, the federal government will force religious institutions to fund and facilitate coverage of a drug or procedure contrary to their moral teaching. . ."

they seem to be ignoring countless other "religious" issues that are regulated by the government. Big example - when a child is removed from his parents in order to be given medical treatment. Stomping on religious freedom and parental responsibility just to serve the mandate of the state.

Maybe this is all part of a Catholic plot to weed out the unbelievers from their church. They're doing a good job of it, too.