A milestone for America 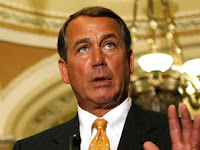 Four years ago the nation witnessed the elevation of the first woman to occupy the office of Speaker of the United States House of Representatives. Nancy Pelosi's two terms as speaker witnessed some remarkable events, including the last-minute rescue of health care reform, better regulation of Wall Street, enactment of a crucial (if undersized) stimulus package, and continuing pressure to end Don't Ask Don't Tell—which we can hope the lame-duck congress will bury before the new congress is seated. 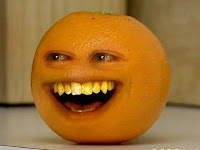 Speaking of the new congress, it would be petty of me to deny the new milestone in our near future. Although I'm not happy about it the way I was about Pelosi's rise to the speakership, last week's Republican caucus vote to choose John Boehner as the leader of the new majority makes him Pelosi's putative successor. This has to be acknowledged as a major breakthrough for Citrus-Americans.
Posted by Zeno at 2:30 PM

I like to think of Boehner as being "Dancing with the Stars"-ready -- no further spray-tanning required.

Makes me think of that old saying "... but unless life also hands you sugar and water, your lemonade is going to suck."

I misread the post title as "A millstone for America". Which is also true.