Crazy if you're a Republican?

Pay no attention to our spokesperson

As the house conservative for the San Francisco Chronicle, Debra Saunders generally distinguishes herself by being a little less overtly crazy than your average conservative pundit. It might appear that she was trying to appeal to her left-of-center Bay Area readership in a recent column by slapping Newt Gingrich up alongside the head. A thrilling spectacle, to be sure.

Her attack on Newt, however, serves a dual purpose. While it entertains the dreadfully liberal denizens of the San Francisco region, it also tries to protect Republicans from being weighed down by Gingrich's excesses. Despite having been the leader of the GOP's 1994 takeover of congress and his reign as speaker of the House of Representatives, Newt has no standing to speak on the policies of the Republican Party. (Please pay no attention to the man behind the curtain.)

I can see why Saunders would take this tack. Gingrich made quite a fool of himself while slobbering uncontrollably over some recent scribbling by the noisome Dinesh D'Souza, poster child for right-wing pseudo-intellectualism. (Dinesh would be an ideal professor for Beck University!) According to Gingrich, D'Souza has penetrated the mystery that is Barack Obama. As the former speaker told National Review: “What if [Obama] is so outside our comprehension, that only if you understand Kenyan, anti-colonial behavior, can you begin to piece together [his actions]?”

Hmm. Why not “Angolan anti-colonial behavior”? That African country had a much longer history of colonial strife than Kenya. Why didn't either D'Souza or Gingrich ever think of that? It's puzzling.

Moving quickly into damage-control mode, Debra Saunders informs us that Newt is not to be taken too seriously: 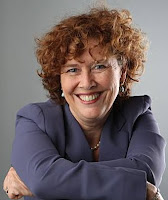 The left-wing Media Matters group pounces on Gingrich and releases an overblown list ostensibly detailing Gingrich's “history of making bigoted and offensive statements.” Pundits follow. Maureen Dowd opines, “The smear artists are claiming not only that the president is a socialist but that he suffers from a socialism gene.”

The problem with this whole process: Like the Newter himself, it takes Gingrich and his pronouncements way too seriously. Gingrich always did talk like a blurb writer: Every subject he touches warrants hyperbole, and he has no attention span. It's wrong to respond to anything Gingrich says as if he thought about it.

Saunders is worried that Newt is too visibly spouting the bilge and cant that characterizes today's conservative mainstream. The prospects of a happy November are threatened by the possibility that too much overt crazy talk might wake people up to the moral and intellectual bankruptcy of America's right wing. (The Bush administration demonstrated its fiscal bankruptcy, too, but people are conveniently forgetting that as well.)

Don't listen to Newt, people! According to Saunders, he is “authentically dishonest.” Prick up your ears, folks. She's right!

If she had a little more courage, she could say the same thing about the entire conservative political movement. (But it's okay to be insane if you're a Republican.)
Posted by Zeno at 5:21 PM

And that's the open secret of the Republican party -- if they pile on enough lying and insanity, people will still assume that they're just regular folks who exaggerate a bit at times, just like everyone else, while most of what they say must be true and honest. It's a great strategy that allows tons of baloney to be accepted as truth, intelligence, or righteous behavior. It allows Newt to go through three wives while shouting about "family values", and George Bush to be accepted as an intelligent, sincere, honest, and serious politician.

People assume they're probably lying maybe 10% of the time, like most politicians do, when in fact it's a full-time job, and one they do very, very well.

But you have to admit this is priceless -

"It's wrong to respond to anything Gingrich says as if he thought about it."

If his words were just redirected to /dev/null, I'd agree with her. But somehow, inexplicably, he has some influence on all the other people who say things without thinking about them ...

Yes, I quite agree. That sentence is my favorite Debra Saunders line ever.