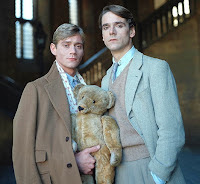 I heard it again today on the radio: If California goes ahead and allows gay people to marry, it will destroy civilization. It was a religious radio station I was listening to, so I expected, quite naturally (or is it unnaturally?), that the on-air prophets of doom were about to invoke the specter of God's wrath. (God, you see, hates immorality except in those instances where he expressly condones it.)

But I was wrong. Their point was that marriage was ordained by God for purposes of propagating humanity. Without marriage, no more children.

I'm pretty sure that's not true.

Nevertheless, the talkers on the radio were insistent. Reproductive heterosexual marriage would be devalued if same-sex marriage were permitted and the human race would then die out. It's an interesting theory. I suppose lesbian couples, who appear to raise children more frequently than male couples, could end up saving humanity when the heterosexual couples lose heart and give up, but that would be putting quite a burden on the sapphic cohort. And I still can't quite figure out why straight people would give up on marriage and reproduction just because same-sex couples are allowed to tie the knot.

In fact, it sounds positively childish: I really enjoyed my bicycle until the kid down the block got one, too. Now I don't like it anymore!

I admit I'm mincing around the other obvious possibility: Once heterosexual relations are no longer privileged, everyone will just give them up as a bad business. Divorce rates and any given installment of Dear Abby show that straight relations are unstable, unrewarding, and well-nigh impossible to maintain. Heterosexuality is quite fragile and perhaps folks are just looking for an excuse to abandon it in droves.

That could be it. Scary!

The preservation of humanity demands that vigorous steps be taken to protect fragile heterosexuality. One potential remedy is the wide dissemination of training videos, such as this timely offering from Goodie Bag, titled Protecting and Maintaining Your Heterosexual House of Cards. It's aimed at young men because their straightness is apparently the most easily threatened. Watch and learn!

(A doff of the fedora to Flosch, on whose blog I first encountered this video.)
Posted by Zeno at 10:00 PM

I recently got into a similar discussion with some other christians how had the same attitude. They failed to grasp several important points:

Marriage is not a biological requirement for reproduction.

Marriage is not a legal requirement for reproduction.

Obviously, they have much deeper issues than the legality of same-sex marriages.

If the purpose of marriage were reproduction, wouldn't straight couples have to provide proof of fertility before getting a marriage license?

And wouldn't childless marriages (like, say, James Dobson's) be recognized as failures and consequently declared null and void?

This post is being considered for The Sacramento Bee's roundup of regional blogs, which appears in Forum, the Sunday commentary section.

The Blog Watch column is limited to about 800 words. Blog posts included in the column are often trimmed to fit. The blog's main address will appear in The Bee, and the online copy of the article will contain links to the actual blog post.

If you have questions (or you DON'T want your blog post considered for inclusion in the newspaper column), contact me at greed@sacbee.com

Anybody who is smart enough to form the words required to make this argument is too smart to actually believe it. My running theory is that it simply sounds better than "Because I hate gay people."

Actually (and I'm sure you'll be surprised to hear this) the world did *not* come to a grinding halt when The Gays started marrying here in Massachusetts.

In all seriousness, though, we got the same rants and raves (although for the most part MA is so liberal that Rush and his cronies only really get AM airtime, not FM), but it's all died down. At first, all the government types swore they were going to get something on the ballot so the good citizens of MA could show them "activist judges" what the people stand for, but they seem to have lost interest for the most part. It only really seems to come up these days when a politician needs to prove how conservative they are (a la Mitt Romney).

Considering we're a pretty Catholic state, albeit a Blue one, I have hope for the rest of the nation!

Well, if the gaybashing fundies are right, same-sex marriage will provide the solution to the world's overpopulation problems.

Great Post! I am a legally married gay man in Massachusetts and my partner and I are very involved in our church (United Church of Christ). Fundamentalists give Christianity a bad name. Jesus was the great EQUALIZER, not the DIVIDER.

A decade after Denmark, Norway and Sweden passed their respective partnership laws, heterosexual marriage rates had risen 10.7% in Denmark; 12.7% in Norway; and a whopping 28.8% in Sweden. In Denmark over the last few years, marriage rates are the highest they've been since the early 1970s. Divorce rates among heterosexual couples, on the other hand, have fallen. A decade after each country passed its partnership law, divorce rates had dropped 13.9% in Denmark; 6% in Norway; and 13.7% in Sweden. On average, divorce rates among heterosexuals remain lower now than in the years before same-sex partnerships were legalized.