A cold day in physics 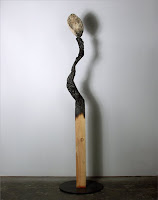 The anniversary of nothing

Sunday, March 23, 2008, is more than this year's observance of Easter. It's the nineteenth anniversary of the epochal announcement by Stanley Pons and Martin Fleischmann of their discovery of cold fusion. At least, it would have been epochal had room-temperature thermonuclear activity turned out to be more than the folie à deux of a pair of formerly respectable electrochemists. If Pons and Fleischmann had been correct, no doubt we'd already be preparing the worldwide celebrations that would mark next year's twentieth anniversary of the breakthrough that forever ended our fears of energy crises and dependence on foreign oil.

Instead, however, Pons and Fleischmann live on in obscurity. the former in apparent retirement in France and the latter still keeping the faith, having joined D2Fusion in San Francisco as a senior research advisor:

On Thursday (March 23rd), the seventeenth anniversary of the original announcement of cold fusion, the company announced that they will tap Dr. Fleischmann's experience and expertise to produce prototypes of solid-state fusion-heating modules for homes and industry.

David Kubiak, Communications Director for D2Fusion, expects that in a little more than a year the company will have a production prototype ready.

You can do the math. On the seventeenth anniversary, D2Fusion said a solid-state home-heating module would be ready in prototype in a little over a year. Here comes the nineteenth anniversary and we're still waiting.

It is ever thus with cold fusion. Expect a further breakthrough, milestone, prototype, major announcement, or commercial product any day now.

March 23: the birthday of a pseudoscience.
Posted by Zeno at 9:00 PM

I don't remember when or where I heard the quote, but when the whole cold fusion thing was happening someone said something like "this has yet to be verified by any university that doesn't have a good football team".

It's one thing to criticize repeated, unverified, largely unfounded claims, but to insinuate that any school with a good football team can't be taken seriously scientifically is the type of academic elitism that breeds resentment against the spread of knowledge, instead of supporting it.

It's one thing to criticize rampant elitism and bigotry, but to completely fail to appreciate a good joke is an example of the kind of self-importance and lack of a sense of humor that keeps most people away from science, instead of embracing it.

It's a joke that has the academic reputation of many of America's large public universities as its butt. Sounds like the snubbing of a nose to me. But nice ad hominem attack anyway.

"this has yet to be verified by any university that doesn't have a good football team"."

I was on the faculty senate of the University of Oklahoma when the incoming president, David Boren, proclaimed his desire to make the school one of which the football team could be proud.

I was there at ground zero. Very interesting times.

Here's the thing that scares me: Intelligent design is sorta the cold fusion of biology, only without the good research results.

Now, why are Pons and Fleishman, who goofed, considered fodder for jokes, and the Discovery Institute considered anything other than another comedy club in Seattle?

Cold fusion was completely correct. It was replicated by hundreds of world-class laboratories, and these replications were published in mainstream, peer-reviewed journals.

You need to read some actual scientific literature before commenting on this. Do not repeat unfounded nonsense from the Internet.

You will find a bibliography of over 3,000 papers and the full text from over 500 papers here:

Jed says "over 3,000 papers." Sounds impressive. I checked his on-line bibliography. It actually has nearly 3500 publications listed. Wow. Even better. But it includes such solid peer-reviewed items as Rothwell's "Review of Profiles of the Future" (the Arthur C. Clarke book) in Infinite Energy and "Cold Fusion Believer Turned Skeptic Crusades for More Rigorous Research" in Chemical Engineering News. Way to pad the bib!

And who can deny that cold fusion (or "low-energy nuclear reactions," as the true believers have renamed it for PR purposes) is widely accepted throughout the scientific research community and not at all a tepid backwater out on the fringes, eh?

"Jed says "over 3,000 papers." Sounds impressive. I checked his on-line bibliography. It actually has nearly 3500 publications listed. Wow. Even better. But it includes such solid peer-reviewed items as Rothwell's "Review of Profiles of the Future" . . .

I did not include that in the ~3,000 papers. I subtracted everything written by me, and also the 52 newspaper articles listed in the index and other miscellaneous non-papers. I have tagged every item in the database in categories such as "Scientific paper" "Review" "History" and so on, and I excluded all but the first category from the tally of 3,000 papers.

The breakdown of Reference Types is as follows:

Peer-reviewed journal papers were also tallied by Britz, and he sent scanned images of them to me. There are 1,280 of these.

Note that most of the full text papers are from Proceedings because they have fewer copyright restrictions.

The bibliography is not padded. Zeno has jumped to a conclusion. He noticed that I reported 3,000 instead of 3,400. He should have stopped to think why I would undercount.


"And who can deny that cold fusion (or "low-energy nuclear reactions," as the true believers have renamed it for PR purposes) is widely accepted throughout the scientific research community and not at all a tepid backwater out on the fringes, eh?"

I believe this is sarcasm, but in fact cold fusion is widely accepted, and the claims to the contrary by skeptics are wrong. A public opinion survey in Japan and the DoE review panel in the U.S. both revealed that scientists are split evenly for and against cold fusion. 50% is widespread support. There is no consensus against cold fusion. Furthermore, all 2,000 of the researchers who have published positive evidence are mainstream scientists at major labs, and most of them are distinguished, senior scientists. (Junior scientists cannot be funded, and I do not add scientists to the database unless they have professional credentials.)

How many of the technical papers have you read, Mr. Zeno? What is the basis for your being unimpressed? Can you point to any errors in the major published papers? Your opinion -- unsupported by any technical arguments -- does not get a free pass. Handwaving and glancing at the titles of a few papers does not count. You have to have a reason to be unimpressed, and you have to present it with as much rigor as the authors of these papers present their reasons.

I do not think you would dismiss other electrochemical or solid state research without citing any papers, reasons or facts.