Professor Troll and his fraternity 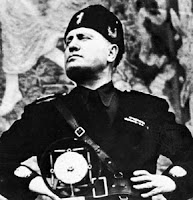 The mercifully few, the pompously proud

FemaleScienceProfessor has a colleague. The word, however, is not apt, since “colleague” implies a measure of collegiality. In the case of FSP, her colleague is anything but collegial:

One of the courses for majors that I am teaching this semester has many of the same students as a course that he is teaching this semester. His class is just before mine and in the same classroom. Yesterday, he asked me what I thought of the students' collective mood at the end of his class and the beginning of my class. I said that their mood was generally positive. He then asked “And why do you think that is?” I thought of several possible responses, all of them rude, but then settled on what I believed to be true: “It's a really nice group of students who seem very engaged in their major classes.” He said “I can think of another explanation.” I didn't even ask what this was, knowing the explanation was inevitably coming anyway, but another professor listening to our conversation naively asked him to explain. The answer? Because they know the rigorous class has finished and they don't have to think much during yours.

FemaleScienceProfessor notes that Professor Troll is a senior professor with no visible research activities and precisely zero graduate students. In terms of scholarly work, the man is clearly a cipher. It must take great intestinal fortitude to patronize his more accomplished colleagues, but he clearly possesses that in abundance. Professor Troll sees himself reflected in the fun-house mirror of his mind and admires the highly superior intellectual that appears before him.

As I mentioned to FSP at her website, Professor Troll reminds me of a former colleague who taught in the social science department of my college. He was many years my senior and had grown old in the service of the school. Age had not, however, mellowed him; rather, it turned his vintage into vinegar. He regarded all of his colleagues with a lofty sense of superiority, but he reserved his special disdain for women and minorities. Many of us speculated that he regretted our lack of an Aryan studies major. Despite my Latin heritage, I was sufficiently pale and male that he treated me politely. How would he have reacted to the information that English was my second language?

On one famous occasion, Professor Superior fixed his supercilious smile on a petite Iranian-American colleague who came up only as far as his shoulder and said, “You know, I would never have chosen you to be the mother of my children.” She bared her teeth back at him in a big grin and replied, “Why would you think it would even be your choice?” Later I suggested to her that her pert reply probably put Professor Superior in a grouchy mood. She smiled again and said, “Probably. But with him, how could you tell?”

Professor Superior was our campus's most deft practitioner of academic freedom brinksmanship. He didn't tell his students that women were inferior to men; he merely stated his opinion that most women were unsuited to academic pursuits unless those pursuits consisted of trying to find a college man for a husband. He didn't tell his students that dark-skinned people were inferior to light-skinned people; no, he merely pointed out that dark-skinned people lacked the cultural heritage that permitted them to produce great civilizations. In his special even-handed way, Professor Superior thought it only fair to mention that Benito Mussolini (a portrait of Il Duce hung in his office) made the trains in fascist Italy run on time and Adolph Hitler had given Nazi Germany a new sense of national pride before he, well, “overreached.” Professor Superior had a genteel turn of phrase.

The complaints and grievances against Professor Superior piled up each semester, filed by offended students and colleagues. Only a few of the worst rose to the level of anything requiring more than a gentle admonition from someone in the dean's office, but the admonitions had no discernible effect on the professor's obstreperous manner. He was confident that it was more trouble than it was worth for the college administrators to run him to ground. He was right for a long time.

It was the increasing burden of age that caused the gouty old professor to lose his equilibrium, growing ever more irascible and undisciplined. Confined to a wheelchair and no longer able to use his considerable height to intimidate his students and colleagues, he escalated his rhetoric and forgot the rules of the game. When he finally declared that gay students should be expelled from the college and that women were really helpless without men to run their lives, the blizzard of complaints inundated the administrative offices of his department and the college.

Professor Superior had finally “overreached.” His department chair and academic division dean summoned him to a pow-wow and explained the situation. The complaints and grievances had increased in seriousness to the point that formal disciplinary hearings were unavoidable. The charges were not frivolous and the dean was no longer content to offer gentle admonitions and enter mild rebukes in Professor Superior's personnel file. It was pointed out that he had long since qualified for the maximum possible retirement benefit and was practically paying the college for the privilege of remaining in the classroom. Professor Superior reportedly considered hiring an attorney and fighting his way through every round and appeal of the grievance review process, but he ultimately realized that the game he had played for so long was at an end.

Before Professor Superior could change his mind, his retirement for health reasons was announced. Faculty members checked out his vacated office and speculated over who would inherit Professor Superior's “bunker.” It was the end of an era—or, as some would have it, the fall of the Reich.

I see my student's point, but I imagine very few students were equipped to thrive in the contentious and poisonous classroom environment offered by Professor Superior. Would that they were! Professor Superior was not playing devil's advocate when he advanced his views; his colleagues had ample evidence that his extremism was completely sincere. Professor Superior was simply being honest when he explained to his students that most of them were the dregs of humanity. And if he had ever seen our A student in the company of his boyfriend, I dare say Professor Superior would have reconsidered the A.

[Thanks to PZ at Pharyngula for the link to FemaleScienceProfessor.]
Posted by Zeno at 9:30 PM

And to further clarify the issue, let us point out that Mussolini's trains did not run on time.

Love the kicker:
Professor Superior was not playing devil's advocate when he advanced his views; his colleagues had ample evidence that his extremism was completely sincere. Professor Superior was simply being honest when he explained to his students that most of them were the dregs of humanity. And if he had ever seen our A student in the company of his boyfriend, I dare say Professor Superior would have reconsidered the A.

I said to someone the other day. 'No really you don't need to play devil's advocate anymore, he doesn't need the help.'

No, xkcd has it perfectly right, the trains ran on herbs and being stoned they definitely wouldn't be on time...