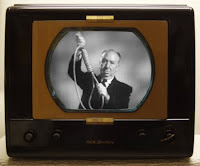 There are lots of stupid commercials. We're used to that. We tune them out, laugh at them, or shake our heads in bemusement. The really bad advertisements may even make us resolve never to buy the product being promoted. Until recently, a series of misbegotten television spots for Carl's Jr—stereotypical trailer trash munching on burgers in the midst of squalor—held pride of place on my list of the worst commercials of all time (and the ad agency for Carl's Jr continues to churn out losers). Now, however, a kicky and light-hearted half-minute ad from T-Mobile is showing great strength in the lousiness competition. What were they thinking?

T-Mobile is promoting its Sidekick cell phone by demonstrating how it can be used to advance the cause of careless, fun-loving hooliganism. The idea is simple: You and a bunch of friends can use your T-Mobile Sidekicks to coordinate your simultaneous arrival at a supermarket, where you can commandeer a bunch of shopping carts and stage a race down the aisles. Then—ha ha!—you scamper away before the authorities can arrest you for disrupting the peace, malicious mischief, vandalism, or child endangerment. (The commercial actually depicts the pranksters knocking over merchandise, but it discreetly refrains from showing anyone plowing a cart into a human being at high speed.)

If this is the start of a new series of T-Mobile ads, then I suppose the next one could promote the Sidekick as a nifty way to organize “road rallies”—those illegal street races that frequently kill participants or innocent bystanders, but nevertheless provide a lot of fun. Perhaps I'll use T-Mobile's consumer contact page to e-mail the company that idea. It's a natural!

I couldn't agree with you more. What in the world were they thinking???? I was offended by this ad. I'd like to cancel my contract for no other reason than stupidity and social irresponsibility.