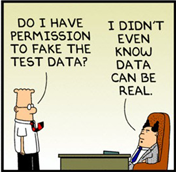 Make up your own numbers!

My in-box is an unending source of delights. I really should unsubscribe from right-wing mailing lists, but how else would I learn shocking facts about the Muslim Marxist Dictator in the White House? For example, The Political Insider breathlessly informed me that Speaker John Boehner has boldly moved to bring President Obama to account—by filing a lawsuit accusing him of exercising his executive authority. In the comments section the most common response ran along the lines of “about time!” and “I'd rather have impeachment!” Of course, these comments were accompanied by solid, reality-based arguments and supporting evidence:


Jim: He has what well over 1,000 executive orders now? While the most any president before him had like what 45? Which I think was FDR, in his 16 year term.. It took congress long enough.. Talk about being asleep behind the wheel…

Since I am aware that Obama has been remarkably self-restrained in his use of executive orders, I knew immediately that “Jim” was full of crap. I clarified the matter for him:


Zeno: The reality is a little different. Obama has issued fewer executive orders than any president in the 20th century except for one-term presidents Ford and Bush. Obama has 180 to date. Reagan, for example, issued 381. More recently, George W. Bush had 291.

I included a link to the Wikipedia page where a tally of presidential executive orders is displayed. Nevertheless, I was quickly put in my place:

(I presume he meant “Wrong, Zeno,“ but the appositive comma has fallen on hard times, so perhaps “Mitch” was merely being conventionally illiterate.) A most excellent and compelling refutation, no?

Whence came Jim's egregiously wrong but confidently cited numbers? It was as easy to discover that as it would have been for Jim to learn that he was ridiculously incorrect, but that would have ruined his argument. I got the details from Snopes, the indefatigable debunker of Internet nonsense:

The President signed 923 Executive Orders in 40 Months. It is all over the net. These sites include commentary on what the executive order is for and what it does. If this is the truth, I'm scared to think about it. Most of the past presidents have allegedly signed around 30 of them. At the end of the day an executive order circumvents the congress and senate. Fill in the blanks. Someone credible needs to research and report on this.

[Here follows a list of specific executive orders attributed to Obama, but almost all of them were actually issued by John F. Kennedy in 1962. —Z]

Feel free to verify the "executive orders" at will ... and these are just the major ones ...

During my lifetime, all Presidents have issued Executive Orders, for reasons that vary, some more than others.

When a President issued as many as 30 Executive Orders during a term in Office, people thought there was something amiss.

WHAT DO YOU THINK ABOUT 923 EXECUTIVE ORDERS IN ONE PART OF ONE TERM?????? YES, THERE IS A REASON.

IT IS THAT THE PRESIDENT IS DETERMINED TO TAKE CONTROL AWAY FROM THE HOUSE AND THE SENATE.

Even some Democrats in the House have turned on him, plus a very small number of Democrat Senators question him.

HE SHOULD BE QUESTIONED. WHAT IS HE REALLY TRYING TO ACCOMPLISH????

DOES THIS SCARE YOU AS MUCH AS IT DOES ME?

This is exactly the sort of Internet spam that credulous right-wingers like my father immediately swallow whole and proceed to pass it along to their e-mail lists of fellow travelers and family members (although usually not me anymore, since I tend to respond with unappreciated but detailed refutations that irk my male parental unit). Although it's a tissue of lies, this denunciation of the president appeals enormously to those who have already decided that he is some kind of evil mastermind and would-be dictator, so it is not subject to any sort of critical examination before being further disseminated via the Intertubes. And thus the lies spread.

I think it's fair to quote Ronald Reagan, that great conservative icon, in this context: “The trouble with our liberal friends is not that they're ignorant; it's just that they know so much that isn't so.” Turnabout is fair play, right? Reagan said this in 1964 while campaigning on behalf of Barry Goldwater (who in retrospect doesn't look half so insane as today's teabaggers).

Of course, Reagan stole it from Josh Billings.

An elderly religious-right distant in-law (since deceased) used to bombard me -- obviously in hopes of "correcting" my wrong-thinking! -- with forwards of that ilk. I'd look up the refutation on Snopes and send it back using "Reply All." Eventually one of her fellow wingnuts forwarded Alan Strong's false denunciation of Snopes as a Soros front using "Reply All," because their side was getting their clocks cleaned by Snopes.

Then there's this nutcase's argument -- in brief, if Snopes, FactCheck, and TruthorFiction all concur in debunking him, it's proof that they're engaged in a vendetta against him -- because he has the facts (they're on his own blog, so they must be true!).