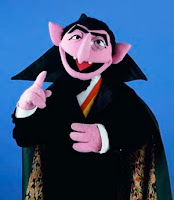 One of the symptoms of the derangement of today's right wing is innumeracy. I'll grant that this is a broad-based problem not confined to the ranks of teabaggers and other exponents of troglodytic conservatism, but these people have a peculiar talent for making a hash of math and then solemnly assuring each other of the significance of their screwed-up calculations. Today I ran across a characteristic pair of examples from Free Republic, the Fresno-based sink of deranged teabagging. They occurred in comments in a thread devoted to bemoaning the ratification of the New Start treaty, which apparently entails the unilateral disarmament of the United States and its immediate surrender to Soviet Russian conquest.


By an amazing coincidence, the 71-26 vote in the Senate is almost exactly the same percentage as the Parliament’s vote in support of Chamberlain’s Munich Agreement (369-150).

Let's check StanFran's math, shall we?

Do you believe that 73.2% is “almost exactly the same” as 71.1%? If you don't, then you don't qualify as a Freeper. Furthermore, you must seek dark significance in the purported (but actually nonexistent) equality.

It would actually be more accurate to point out that Ronald Reagan was almost exactly 71.1 years old when he delivered his Indianapolis speech in 1982 on the New Federalism, thus proving (proving!) that he was secretly inspired by Neville Chamberlain and actually intended the New Federalism to serve as a disguise for the New World Order ushered in by his successor, George Herbert Walker Bush. Subtle! And scary!

The second example of bad counting was provided in an angry observation about ratification having been accomplished in a lame-duck session of the Senate:


Why are FIRED employees still making decisions that affect the health and well being of the company (country)?

They should be shown the door with a swift boot to help them along the way.

26 posted on Wednesday, December 22, 2010 1:23:45 PM by SunTzuWu (Political correctness does not legislate tolerance; it only organizes hatred. - Barzun)

“Fired” employees? Let's check the roster of New Start supporters. Recall that there were 71 of them. How many were actually rejected by the voters last November (as opposed to retiring of their own volition)? The first senator who fits the bill is Bennett of Utah, a Republican who was denied renomination by his own party. Next is Feingold, the Wisconsin Democrat who will be sorely missed. Continuing down the list, we find Lincoln of Arkansas, the hapless Democrat who unfortunately survived a primary challenge and flopped spectacularly on election day. Finally, there's Specter of Pennsylvania, the long-time Republican who switched to the Democratic Party in a futile attempt to survive.

Count them up. That's it. Four. New Start would have gotten 67 votes even without the support of the “fired” senators. For the benefit of Freepers and other ignorant types, that's the two-thirds majority required for ratification of treaties. New Start was not nudged over the finish line by supposedly discredited legislators.

Good job, but I have one question: how do you last in freerepublic.com for more than two seconds without feeling the need to fumigate yourself?

Good question. But what you really feel after two seconds is a need for a steaming hot bath with carbolic soap and a sandpaper washcloth.

Zeno ~ While I wouldn't say that 73.2% and 71.1% are "almost exactly the same", I would say that they are pretty close.* I would also say, as have you, that these figures are entirely unconnected and anyone who sees significance in their similarity is apt to see lots of things for which there is no evidence.

I just think that you should point and laugh for the right reasons ;-)

*I'm reminded of a passage in Origin of Species. Darwin notes that people who don't know much about birds would say that there are 2 or 3 species of swallows (sparrows?) in England, Wales, and Scotland. An expert on birds would say 7 or 8 species. An expert on swallows would say 24. 73.2% vs. 71.1% might seem like a yawning chasm to you. It doesn't to me.

Yeah, DO, but the Freeper didn't say "pretty close"; he said "almost exactly." That's reason enough for me to point and laugh, especially when the supposed exactitude is interpreted as bearing such heavy significance.

But I'll admit that these two examples are merely samples in a sea of stupidity that particularly caught my attention because they involved numbers.

There is a widespread belief that there was a huge turnover of both houses of Congress this past November. For the Senate, only 33% (roughly) of whom are even up for reelection in any election, that's a massively stupid belief even if all 37 of them had lost. Which they didn't, by a long shot.

The facts have a liberal bias.

This just tickles my data-analysis-geek/mathematician side -- unfortunately it also argues vaguely in favor of the Freepers which ties my stomach in knots and offends every other bit of me...

That's not quite the same as claiming the two are the same, but if I assume two data points and a common ratio, then I get a Chi^2 of 0.18 with one degree of freedom, which corresponds to a 67% chance of the ratios being identical, or only a one in three chance of them being different.

Sorry; feel free to think of this as some form of math-OCD... Oh, and pass the brain-bleach.

I agree. No sane person should ever look at Free Republic without a gallon of brain bleach close at hand.

Isn't "almost exactly" an oxymoron, sort of like "rather unique" (i.e., in that "exactly" and "unique" are absolutes)? The problem with the Free Republic pronouncement seems more semantic than mathematical.