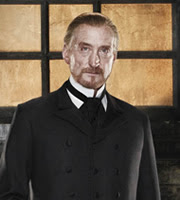 Are you a fan of the writing of Sir Terence David John Pratchett? I certainly am. Sir Terence is better known as Terry Pratchett, the creator of the Discworld series of comic fantasy novels (and other delights). Aficionados of Pratchett's oeuvre are well aware that humor is an excellent vehicle for treating serious topics—at least in hands as capable as Sir Terry's.

The recent paperback release of Unseen Academicals has put Pratchett on my reading list again. This novel delves into the impact of organized sports on institutions of higher (and weirder) learning and society in general. It's not a topic that would interest me in other contexts, but I trust Pratchett to make the most of it. Once again, I am not disappointed.

A particularly telling nugget is unearthed on pp. 236-237, where Havelock Vetinari, the Patrician who rules over the city-state of Ankh-Morpork as its benevolent dictator, waxes uncharacteristically conversational over a long series of drinks with the wizards of the Unseen University. Vetinari tells his listeners a story:


I have told this to few people, gentlemen, and I suspect never will again, but one day when I was a young boy on holiday in Uberwald I was walking along the bank of a stream when I saw a mother otter with her cubs. A very endearing sight, I'm sure you will agree, and even as I watched, the mother otter dived into the water and came up with a plump salmon, which she subdued and dragged on to a half-submerged log. As she ate it, while of course it was still alive, the body split and I remember to this day the sweet pinkness of its roes as they spilled out, much to the delight of the baby otters who scrambled over themselves to feed on the delicacy. One of nature's wonders, gentlemen: mother and children dining upon mother and children. And that's when I first learned about evil. It is built in to the very nature of the universe. Every world spins in pain. If there is any kind of supreme being, I told myself, it is up to all of us to become his moral superior. 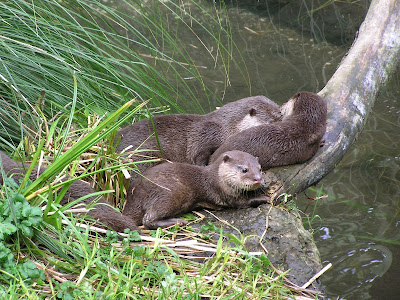 Wow! His last four sentences are beautiful! It's interesting that he is really just describing the most basic fact of life, but from an angle which maximally illustrates the paradox we find ourselves in--the result is fairly obvious, and yet the notions of misotheism and dystheism are practically non-existent in the public discourse.

In the buildup I was reminded of Schopenhauer's statement, "A quick test of the assertion that enjoyment outweighs pain in this world, or that they are at any rate balanced, would be to compare the feelings of an animal engaged in eating another with those of the animal being eaten."

And then Russell's, "So long as there is death there will be sorrow, and so long as there is sorrow it can be no part of the duty of human beings to increase its amount, in spite of the fact that a few rare spirits know how to transmute it."

I own everything Pratchett has published in the US and I found that paragraph from Academicals to be one of the most profound things he ever wrote...which is saying something.

As a fourth rate philosopher of long standing I find his definition of evil to be in error. It would seem to me that evil requires a conscious act and is therefore not applicable to non humans. One could argue about free will but it is the only practical belief, otherwise there is no such thing as evil.

Wouldn't that very much depend on the point of view being applied? I am fairly sure that the salmon, if he had a mind which could ponder concepts of good and evil, would consider the actions taken against it as quite evil