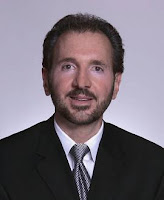 Only if he really wanted to!

The buttons on my car radio provide a very broad cross-section of the broadcast (and political) spectrum. This week I punched the one corresponding to the far right of the AM dial and found myself listening to a rebroadcast of the August 3, 2010, installment of “Catholic Answers Live.” Host Patrick Coffin was praising the hour's guest, one Joseph Nicolosi.

You may recognize the name. Along with the late and unfortunate Charles Socarides, Nicolosi is known for founding NARTH, the National Association for Research & Therapy of Homosexuality. That is, Dr. Nicolosi is one of those psychologists who offers “reparative therapy” to turn unhappy gays into unhappy straights. (He would, of course, dispute that.)

It helps, naturally, that there are no homosexuals. They don't exist! Dr. Nicolosi makes no bones about it when confronted with potential subjects to confess to being homosexual. “You are not homosexual,” he tells them. “You are a heterosexual with a homosexual problem.”

In case the patient is not persuaded, Nicolosi hits them with scientific reasoning: “Your body was designed for a woman. You are a heterosexual.”

It would be unkind of the patient to explain real life to Nicolosi at that point. One assumes that most don't try.

Nicolosi says that his fees are higher than those of his associates in the Thomas Aquinas Psychological Clinic, but one assumes he's worth every three-dollar bill he gets.

I listened in fascination as Nicolosi trotted out 19th century Freudian doctrine. He scoffed at the idea that sexual orientation might have a genetic component. (The correlations between identical twins must be a gigantic statistical fluke.) To Nicolosi, talk of a “gay gene” is arrant nonsense. (He's probably unintentionally right on that one: the biological components of sexual orientation seem exceedingly unlikely to reside in a compact unit on one gene.) Since he refuses to allow nature to be involved, it has to be all about nurture:

And I presume if we reverse the sexes in the triadic relationship to posit a daughter's alienation from her mother, then we get tribadism. Hmm. Triad. Tribad. A coincidence? I think not! (Drop me a note if your university wants to confer an honorary doctorate on me for my discovery.)

Coffin spent much of his time anticipating Nicolosi's remarks and fawning on his guest, who commented, “You've been studying Freud.” Eventually, however, Coffin turned to the phones and welcomed a caller named Monica. She was concerned about her brother, who had declared himself gay and walked out of a twenty-year marriage. Monica hoped that Dr. Nicolosi could help her steer her brother back onto the straight and narrow. She commented that she had been listening to the broadcast and had recognized her family in some of Nicolosi's remarks.

“I'm very much like my mom and we're very strong women,” said Monica.

“Yeah, well, typically, you know, a number of studies show that the youngest child tends to be more inclined to be homosexual than the older.”

But he had jumped too soon.

“But he is the oldest,” said Monica. 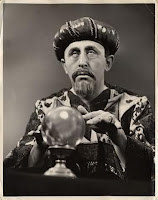 “He is the oldest?” said Nicolosi, the dismay evident in his voice. (Reparative psychologists should investigate whether coursework in cold reading would qualify as continuing education. It would certainly enhance Nicolosi's professional qualifications.)

“He is the oldest and I'm the youngest,” declared Monica.

She continued with an extensive description of her family, its ethnicity, and its spiritual life. Eventually, Patrick Coffin got impatient and tried to bring the caller back to the point. He asked her a question.

“Monica, how many kids in your family? Your brother is the oldest of how many?”

“My brother is the oldest of four,” replied Monica. “He's the only male.”

Nicolosi, who had evidently been nursing his wounds, came back to life.

“Oh, the only male, so he didn't have any really male figures. He probably wasn't close to his father. Does this fit the usual pattern of being closer to his mother?”

Eager to play along after having so cruelly disappointed the doctor earlier in the program, Monica answered promptly: “What you were saying, yes.”

Success! Another brilliant analysis by the ace psychologist!

Given that in most families women do most of the childrearing, it's unsurprising that gay men have more involved mothers and less involved fathers. So does almost everyone else!

I take it an arch-conservative like Nicolosi then advocates "a woman's place is in the home" in the same breath?

Well, sure. The woman belongs in the home. But she'd better not nag her husband or boss around her son. They are destined to be the lords of creation and woman must know her place!

I am a gay guy with four sisters and no brothers. To quote Nibbler from Futurama: "The conclusion is as inescapable as it is moronic."

Amusingly, the CAPTCHA word is "mater".