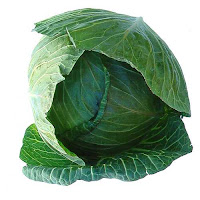 Why is it that devout creationists don't feel bound by the absolute truths of God's word? No matter how you divide up the tangled text of Exodus 19, the Ten Commandments always end up containing a rule against bearing false witness. Nevertheless, those who purport to take the Bible seriously barely hesitate before lying about evolution, Darwin, or any other target of their disdain. Apparently it's okay to lie if you're doing it for the greater glory of God.

The second 2009 issue of Answers Update from Answers in Genesis continues AiG's struggle against Darwin in particular and reality in general. The newsletter depicts Lincoln's visage as portrayed by the statue in his memorial in Washington. Across Lincoln's chest they've printed the words, “Our focus this month should be on Lincoln, and not a racist man like Darwin.”

There are at least two problems with the implications of AiG's declaration. Was Darwin a racist while Lincoln was not? The case of the Great Emancipator is a complicated one. Although he abhorred slavery and was the instrument of its abolition in the United States, he was enough a creature of his times that he was willing to go on record in support of the superiority of whites. In the fourth Lincoln-Douglas debate, he said, “I am not, nor ever have been in favor of bringing about in any way the social and political equality of the white and black races.... I as much as any other man am in favor of having the superior position assigned to the white race.”

Thus Lincoln is not the perfect foil with which to skewer Darwin for any alleged racism. What about the other half of AiG's claim. Was Darwin truly a racist? Answers Update notes that Darwin referred to “degraded” people who were “savage.” That's neither remarkable nor particularly significant, since any well-to-do English gentleman could be expected to so characterize the living conditions of the native of Tierra del Fuego and other primitive lands. (Oh, oh! I just said “primitive”!)

Furthermore, Answers Update tells us that Darwin would rather have descended from a monkey than from a dark-skinned savage. Is this really what Darwin said? The source of this item is a passage in The Descent of Man, in which Darwin said: 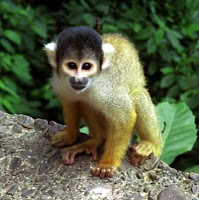 For my own part I would as soon be descended from that heroic little monkey, who braved his dreaded enemy in order to save the life of his keeper, or from that old baboon, who descending from the mountains, carried away in triumph his young comrade from a crowd of astonished dogs—as from a savage who delights to torture his enemies, offers up bloody sacrifices, practices infanticide without remorse, treats his wives like slaves, knows no decency, and is haunted by the grossest superstitions.

It seems that Darwin is merely citing man's well-known inhumanity to man and pointing out that humanity is not the exclusive possessor of virtue.

After this bit of quote-mining, AiG offers the following additional evidence:

Also, the subtitle of Darwin's main work On the Origin of Species further reveals his racist beliefs: “The Preservation of Favoured Races in the Struggle for Life.”

(AiG added the emphasis to “favoured.”) There is it, then. Darwin stands condemned by his own choice of words.

Except that we know better. And, we suspect, so does Ken Ham, who leveled these accusations against Darwin in his AiG radio program and then echoed them in Answers Update. Darwin is not using “race” in its narrow sense as applied to humans. The word is used in The Origin of Species in a much broader sense. Ham is almost certainly consciously lying when he spins the subtitle of Origin to tar Darwin with the brush of racism.

Consider, if you will, the following excerpts from Darwin's Origin:

Nevertheless, as our varieties certainly do occasionally revert in some of their characters to ancestral forms, it seems to me not improbable that if we could succeed in naturalising, or were to cultivate, during many generations, the several races, for instance, of the cabbage, in very poor soil—in which case, however, some effect would have to be attributed to the definite action of the poor soil—that they would, to a large extent, or even wholly, revert to the wild aboriginal stock.

When we look to the hereditary varieties or races of our domestic animals and plants, and compare them with closely allied species, we generally perceive in each domestic race, as already remarked, less uniformity of character than in true species.

You see that? Darwin even applies the word to cabbages. Is he therefore wickedly insulting the Cruciferae (and we could therefore denounce him as a “cruciferist”)?

I don't know what Darwin thought about cabbages in general, so I won't venture an opinion. I will, however, venture the opinion that Ken Ham belongs to the species known as Homo prevaricator. 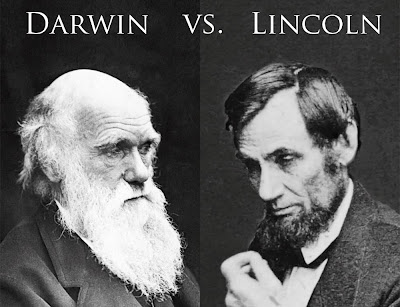 The unfortunate predilection for Darwin and Lincoln to be pitted against each other (and thus Lincoln somehow is made into a symbol of creationism and the religious right) is a source of vast annoyance to me. I actually wrote about this topic a little bit ago (post found
here) when I discovered someone making the claim that it was an intentional slight on the part of Google and Wikipedia to highlight Darwin rather than Lincoln on the 12th of February.

It's worse than that: He's effectively calling the inhabitants of Oz (what *do* they call themselves?) cabbageheads!

's funny how AiG automatically assumes that "savage" means "not us".

"That's neither remarkable nor particularly significant, since any well-to-do English gentleman could be expected to so characterize the living conditions of the native of Tierra del Fuego and other primitive lands. (Oh, oh! I just said “primitive”!)"

To be fair: he'd prolly think the same thing about most of the inhabitants of London.

Now we can hold up Darwin as an example of the wickedness of Pro-Lifers in future!

Won't *that* mess with their little heads.

[As] from a savage who delights to torture his enemies[1][2], offers up bloody sacrifices[3], practices infanticide without remorse[4][5], treats his wives like slaves[6][7][8], knows no decency, and is haunted by the grossest superstitions[9][10].

Wonderful post. Thanks for doing the hard work. Context is such an important thing, and for a long time, we seem to have conveniently forgotten about it. If this isn't a call for everyone to be critical of every piece of information they read anywhere, I don't know what is.

In fairness to Lincoln, that quote should be taken with caution given the political situation. Had Lincoln gone on record *supporting* legal equality of the races, it would've been political suicide. Lincoln really couldn't've said anything other than what he did if he'd wanted to be elected.

That's not to say that he definitely *didn't* believe what he said. He may well have, just that we can't really take that quote as evidence of his beliefs.