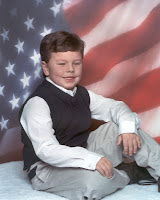 Not really for Democrats

Hillsdale College feels no qualms about promoting its mission as “offering America's future leaders the best classical liberal arts education available today.” Don't look, however, for liberal leaders to spring from the ranks of Hillsdale's graduates. The big competition on campus is between conservatives and libertarians. Hillsdale is dedicated to providing an old-fashioned liberal arts education, with an emphasis on the “old-fashioned.” As noted in a flier distributed by the college, excerpted from the Intercollegiate Studies Institute's All-American Colleges,

The school also passes along the principles of “movement” conservatism—a fusion of American Protestant morality and free-market, small-government principles. The school has become, among many other things, a hotbed of future writers, lobbyists, and think-tank officials promoting the ideals that motivated the Goldwater and Reagan presidential campaigns. For students committed to such principles, Hillsdale is a first-rate place in which to acquire an intellectual foundation; for others, it remains a stimulating and worthy liberal arts institution.

The curriculum unapologetically concentrates on the Great Books of European civilization and many Hillsdale students sport T-shirts bearing the slogan “Dead White Men Are Cool.” Refreshingly retro, no? Well, there is a fly in the ointment for those budding right-wingers who expected Hillsdale to pander to all of their preconceptions. Science classes are not on board with contemporary neo-con culture:

The kind of students who end up at Hillsdale are not afraid to question—but one might be surprised to hear what some of them question. Evolution, for instance. A number of students are critical of the natural science and social science departments from a philosophical perspective. “My qualm is with their tendency to view the natural sciences as standing apart from the other disciplines—as standing on a separate and higher plane of truth because of their reliance on empirical data ... and their stubborn adherence to evolution and refusal to consider the Intelligent Design Theory,” says one history major. Another student agrees, calling biology her “only uncomfortable class as a Christian.” Of course, sometimes it's healthy to be made a little uncomfortable.

Although Hillsdale regards multiculturalism as a “dehumanizing, discriminatory trend” and brags that it offers not a single course that focuses on anything other than Western literature, the college has nevertheless made room for a tiny bit of diversity. There are even Democrats on campus. They're just not very welcome:

In 1854 Hillsdale's president, Edmund Fairfield, was a leading founder of the Republican Party. It's no accident that the College Republicans is one of the largest and most active groups on campus today. There is also a College Libertarians group and, refreshingly, a newly formed College Democrats. According to a recent article in the school's paper, the Collegian, the president of the College Democrats club has faced negative feedback, including hate mail, from fellow students for starting the club, with some students claiming it is impossible to be at once a Democrat and a Christian.

Does the hate mail come from some of the local Republican Christians? I wouldn't be surprised.
Posted by Zeno at 10:00 PM

While I'm pleased (and surprised) to hear that the biology department is still fact-based, it saddens me to hear that students there believe "it is impossible to be at once a Democrat and a Christian."

Perhaps they will all go away and found their own country.

Perhaps they will all go away and found their own country.

If they can find a place to do that without taking the land away from the people who are already there, good on them, but I think unless they want to go live on a rock in the middle of the ocean, they're kind of SOL.

It has become painfully obvious to me over the past several years that if the political left had even one half of the sort of machinery the political right has worldwide, hundreds of millions of us wouldn't be as profoundly screwed as we are.

Wow, Caleb. Really? I would have never guessed. It is kind of you to point that out.