A balmy in Gilead 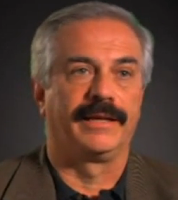 When it comes to irrational right-wing extremism, Joseph Farah lives in a surreal bubble of his own special brand of derangement. He is the founder of WorldNetDaily, a Web-based journal almost impossible not to cite as WorldNutDaily. WND serves up regular heaping helpings of paranoia, propaganda, and crackpottery.

Farah has been wringing his hands over the fate of traditional biblical marriage. (Please note: “Traditional” marriage means the one-man/one-woman definition from the Bible exemplified by Adam and Eve—and not the one-man/two-women example of Jacob with Leah and Rachel nor the one-man/seven-hundred-wives/three-hundred-concubines example of good old King Solomon.) In his WND column of June 3, 2015, Farah proposes secession from the United States if the Supreme Court allows same-sex marriage throughout the nation.


Is there one state in 50 that would not only defy the coming abomination, but secede in response? The rewards could be great. I would certainly consider relocating. How about you?

The founders of this country found a place of refuge in America and shaped it into the greatest self-governing nation in the history of world. Just think what one state could do if it simply stuck to the principles that made this country great? Americans wouldn’t have to cross an ocean to rediscover what brought most of our ancestors here. We could simply drive.

Are any states so inclined?

I haven’t heard this question raised by anyone else. So I’m raising it now. We don’t have much time before the nine high priests in black robes decide to follow Baal instead of the One True God of Abraham, Isaac and Jacob.

Okay, that mention of Jacob is a trifle unfortunate, but at least his wives were of the opposite sex.

Farah calls his proposal an “Exodus strategy.” Commenters on sites like Crooks & Liars have been quick to suggest that Texas is the state that should secede (or be thrown out) to serve as a haven for Farah and his followers. I think this is much too generous. Abandon Austin? Dump Dallas? Leave Houston high and dry? (Actually, I guess they might appreciate that right about now.)

I have a counter-proposal. Let Farah and his crazies colonize the Texas panhandle. Let's carve out a nice rectangular space for an independent nation named Gilead. (There's a nice literary reference for you.) Amarillo and Lubbock would probably fit in just fine. While saner people might flee to the greater portion that remains as Texas, there should be plenty of opportunities to obtain good deals on the residences left behind by the flight of Farah's adherents (especially in Plano). A plebiscite could determine whether Oklahoma's panhandle should be included for good measure. (Those who think Panhandler would make a good name for this new nation should take into account that the imbalance between taxes paid and federal dollars received would no longer be an issue—unless the new nation demands a lot of foreign aid from the US, in which case Panhandler might be exactly right.)

There are other aspects to this win-win situation: (1) Texas goes blue more quickly. (2) Jobs are created in the border patrol and border-crossing stations will have to be constructed. (This would be true in New Mexico and Oklahoma, as well as in the new Texas. Possibly in Colorado and Kansas, too.) (3) Other parts of the United States would improve as their nutcases emigrated to Gilead. (4) Ted Cruz would lose his political base (unless he moves to the new country to become its Priest-King).

I'm not certain what would support the economy of Gilead, though it's likely that Lubbock's cotton industry and Amarillo's meat-packing would remain mainstays. However, opportunities to promote tourism might be sketchy. Would Americans be eager to visit a nation based on a Christian version of sharia law?
Posted by Zeno at 10:30 AM

Wait, I thought WND was a right-wing counterpart to "The Onion."

Oops, I misread one phrase as "Armadillo meat packing." (One surmises it tastes like chicken, right?).

Unfortunately, WND is not intentionally satirical. Its writers and (presumably the majority of its) readers are serious about what it contains.

Cruz as Priest-King is perfect.

(also unfortunate is that Abraham was married to his sister. Well, maybe the Duggars could move there. Too soon?)

Please add the Oklahoma panhandle to Gilead. It will give them, in addition to Texas Tech and Canyon A & M (both to be renamed) Panhandle State University in Goodwell, whose sign on U.S. 54 reads "Progress Thru Knowledge." You can't make this stuff up.

Welcome back. Missed you!

BTW, Chuck Thompson made a very good case for allowing the south to secede a few years back in Better Off Without 'Em. I'm convinced: