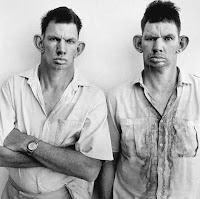 Oh, come on Zeno, you expect us to believe that you simply happened to overhear these remarks? Too scripted! Too juicy! Those guys probably just wanted to get into your blog ("Here he comes, get ready now, make it sound natural.")

I wouldn't blame them for that either but, really, how else to explain such goofy behavior? If I'm forced to think of their remarks as real, I'm left having to consider a world wherein such people actually live. Impossible! You're a mathematician, what are the odds of that?

Oh c'mon Gene, SOMEBODY has to be a mathematician, so it might as well be Zeno.

This piece is rather wanting in wit and profundity. It's a shame for a usually interesting blog.

I am, of course, quite dismayed, because showcasing my wit and profundity was the entire reason for this highly significant post.