There ought to be a law 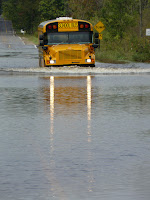 Does tea cloud the mind?

California has been the beneficiary of a series of wet winter storms that dumped snow in the mountains and rain into rivers. After a period of drought, the water is welcome. Nevertheless, we did get used to the advantages of dry weather and heavy rains create circumstances to which we had grown unaccustomed. Various school districts in central California had to cancel classes or postpone the start of the school day to deal with flooded roads.

Apparently most of the school districts have adopted a code system. Parents need only know that it's going to be, for example, an "A" day if classes are cancelled and a "B" day if there's a one-hour delay (so don't expect the school bus at the usual time). Of course, that's only one example. An adjacent school district might use "A" to indicate a normal school schedule and "F" to signal cancellation. Each region has its own system.

This irks my mother no end. Given the sprawling size of our family, Mom has grandchildren and great-grandchildren in a variety of school districts. She takes her role as family matriarch quite seriously and keeps an eye on the various weather reports, road-condition alerts, and school-closure bulletins. She takes the patchwork quilt of codes as a personal affront.

“It's so confusing! Everyone should be using the same system! It only stands to reason! Someone should do something about it!” 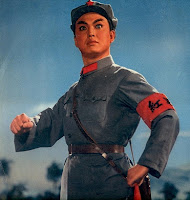 That's my right-wing mother complaining that no higher authority like the County Board of Education or State Superintendent of Public Education has intervened and imposed uniformity. As a good son (most of the time), I neglected to observe that she normally takes local control as a sacred principle of government and often denounces state regulation as the next thing to socialism. (Dad goes one step further and equates it to communism or Nazism, depending on the nature of Glenn Beck's most recent rant.)

I guess this kind of “socialism” is okay if it advances your convenience. Otherwise it's the gateway to totalitarianism.

And this affects your mother how exactly? Does she take care of grandchildren and great-grandchildren when they're affected by school delays/closings?

Yes, she does quite a bit of babysitting. (Probably too much.)

That's what I was assuming. After all, when schools close but jobs don't, someone's got to watch the kids.

Unless, of course, mom's at home where she should be.

Why do they need codes? Is "an A day" an improvement over "classes are canceled"?