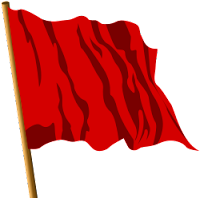 Remember D. James Kennedy? The late pastor of Coral Ridge Ministries affected a mock-scholarly manner in his televised sermons and speeches, giving comfort to his flock—a congregation of right-wing Christians who resented and envied the legions of academicians arrayed against them. In Kennedy they had their own semi-intellectual, who poured out the balm of reaffirming mock erudition. He employed all of the tools of the trade: misrepresentation (as in quote-mining), fable spinning (as in the notorious Huxley fabrication), and condescension (“The fool has said in his heart there is no God”).

In the absence of its dear leader, Coral Ridge is a shadow of its former self. Jennifer Kennedy Cassidy, however, continues to try to breathe some life into the stiffening corpse of her father's church-plus-state lobbying group. In addition to endlessly recycling the audio and video archives of the Rev. Kennedy's lectures, Kennedy Cassidy and the other members of the Coral Ridge board of directors uses the ministry's old mailing list to send out a regular stream of political alerts and contribution solicitations. The alerts are exactly what you would expect from a group aligned with the nation's extremist right wing: the horrors of “Obamacare,” the evils of Planned Parenthood, the flaws in the theory of evolution, the threat of the gay agenda, the need to “defend” marriage, and the tyranny of activist judges (but only if they're liberals).

This week's e-mail brings a typical example: “What the President says vs. what the President does.” It's another boring attack on health care reform. Nevertheless, out of habit I briefly perused its contents. (It's always good to know what the enemy is up to, even when it's as moribund an enemy as Coral Ridge.) I was struck by the message's use of a quotation from Al Sharpton, a figure seldom accorded much credence among the ranks of the Christian right:


I am asking you to pray for our President. His worldview clearly leads him toward decisions that have the effect of dragging America into Socialism. We are not the only ones who believe that his policies are socialistic—even presidential allies like Al Sharpton quipped concerning the President’s health care policy:

Sharpton's words are presented within quotation marks, as if they represent his actual, literal remarks. Could this really be an accurate transcript of what Sharpton said? And, if so, what's hidden behind the discreet dot-dot-dot of the ellipsis between the first two sentences?

Sharpton: I think that the president and Speaker Pelosi get credit. I think that this began the transforming of the country the way he had promised. This is what he ran on.

Rivera: Some would argue to socialism.

Sharpton: Well, first of all, then we'd have to say that the American public overwhelmingly voted for socialism when they elected President Obama. That's not accurate though. The president promised the American people health reform when he ran. He was overwhelming elected running on that and he has delivered what he promised.

This is just one more depressing example of how completely Chris Rodda got it right when she titled her book “Liars for Jesus.”

Our personal data interpreters occasionally fail us. An anonymous commenter prompted me to give Sharpton's words another listen. Did he really say “that's not accurate“ while mocking the notion that the president's health reform initiative is some grand socialistic démarche? No. I stand corrected. He actually said, “Let's not act as though the president didn't tell the American people” that he would enact health reform. There was some confusing overtalking by Rivera, but Sharpton returned to his point that Obama made national health care a key plank in his campaign. The administration's healthcare initiative was an Obama priority all along, and not a sudden departure into supposedly radical reform politics—let alone a stealthy socialistic plot (unless Medicare was, too).

The point is still made, although it's not as sharp as I first thought it was.

Man, this is definitely one of the nicest examples I've ever seen.

I remember reading Kennedy's book, "What if Jesus had Never Been Born" out of a sense of morbid curiosity. I mention this because my visceral response to the book was to take out a black Sharpie and scrawl "LIES" across the cover before ridding myself of the cursed thing.

If there's sufficient honesty with this site, then this clip will be posted. Here's the video clip from Sharpton. http://www.youtube.com/watch?v=_s8UJ1AJnZ0&feature=related

No where does he ever say.."that's not accurate though"...it would seem that there's a credibility issue with this blog!

Anonymous, I found your comment snagged in the spam filter, presumably because of the redundant link. Didn't you notice that I specifically linked to the original video with the highlighted words "original video"? I have nevertheless now embedded the clip at the end of the post for the benefit of those who are not close readers. I guess there must not be a "credibility issue" with my blog since I included the video clip in my original post. I merely misheard part of the dialog. What excuse does Coral Ridge have? Or Bill O'Reilly? Or the hundreds of right-wing blogs who misleadingly declare that Sharpton has "revealed" the Obama administration's socialism?

Now that I have issued a correction, I will patiently await the forthcoming correction from Coral Ridge Ministries. (That was a joke, of course.)