Does nostalgia improve with age? It must. My father has grown ever more adept at revising his recollections of the past. It's now reached the point that Dad is pining away for the sixties. Remember the sixties? I do. The JFK, King, and RFK assassinations. Vietnam. Nixon. Miseries and disasters. The only thing I liked about the sixties was the space program, which climaxed in 1969 with the Apollo 11 moon landing. But Dad sees it differently:

This brought back a lot of memories and I enjoyed it. I hope you enjoy it too.

The “good old days”? I certainly hope my kid brother is keeping an eye on our father, because dear old Dad is losing it.

Attached to his message was a link to a video. The title is Back to the Sixties. I watched it in perplexity. This was what sparked Dad's nostalgia?

The video opens with “A Summer Place” as its soundtrack. Lines of text appear on the screen, informing us that the sixties were a time when a McDonald's hamburger was only 15 cents. Unemployment was 5.5% and the minimum wage was $1.00 (per hour, I presume). So far, so good, I suppose. The video also pointed out that a teacher's annual salary was $5,174. Ouch! The dollar was worth a lot more back then, but I'm still not impressed. But maybe Dad liked the idea of low-paid teachers. (He should look at my sister's salary. It's still true.) 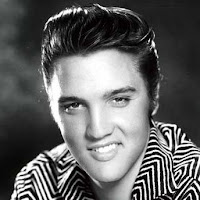 The soundtrack switched to Elvis singing “It's Now or Never” as The King's discharge from the U.S. Army was celebrated. Was Dad an Elvis fan? Actually, Dad's reaction to Elvis on the television was more along the lines of “Goddam hick! Shaking his hips like some kind of sissy!”

Okay, so there was one little glitch in the comforting retrospective. But why should anyone continue to resent the long-dead Elvis? Perhaps the video has other delights in store for us.

Indeed, it begins to roll out a cavalcade of sports greats from the sixties. Baseball players. Football heroes. And:

“Muhammad Ali was The Greatest!”

Oops! To quote my father from that two-fisted era: “That goddam Cassius Clay is a draft-dodger who hates this country! And white people!”

But now the video has moved on to Chubby Checker singing “The Twist” while teenagers jump about on American Bandstand.

“They call that dancing? What the hell is that? They look like spastics!”

It's the British Invasion of 1964 as The Beatles sing “I Want to Hold Your Hand.” I remember my father's reaction to The Beatles when they appeared on The Ed Sullivan Show:

“Goddam beatniks! Look at their hair! Do they think they're girls?”

“The House of the Rising Sun” plays while the video producer's favorite TV shows of the sixties are displayed. Rowan & Martin's Laugh-In? There must be some mistake.

“‘Sock it to me’? What the hell does that mean? It's probably some goddam obscene suggestion is what that is.”

The Zombies are singing “She's not There” as favorite entertainments from the sixties continue to be displayed. Movies! Camelot! West Side Story! (Sorry, no movie musicals for Dad, please!) The Dave Clark Five takes over with “Glad All Over.” Then it's the Surfaris with “Wipeout.” The video is paying tribute to the great surfing fad of that decade.

The video switches to Chantay's “Pipeline” and now we're finally confronting Vietnam. And, OMG, there he is! Nguyen Ngoc Loan is using his handgun to summarily execute a captured Viet Cong prisoner. It's the infamous news photo that encapsulated the brutality of the war. (Only the naked little girl running from a napalm strike is more famous.) Ah, the good old sixties! Perhaps the video has lost the thread of its own argument. At least its list of assassinations includes Malcolm X along with Dr. King and the Kennedy brothers. Dad was actually pleased back when Malcolm got hit. And he wasn't certain it was a bad thing with King, either. A pity about the Kennedy boys, though.

The Supremes are singing “Stop! In the Name of Love” while the video takes note of the bizarre unisex fashions of the era. Unisex?

The Lovin' Spoonful sings “Summer in the City” while the screen displays the happy thought that back then “Foreigners learned and spoke English.” That's right, by golly! (Well, except for my grandmother. I don't recall Dad complaining about his mother's failure to learn English. And now it's much too late to oppress and insult her in the way that patriotic Americans should!)

When I hear Buffalo Springfield singing “For What It's Worth,” I'm thinking: This is a protest song! Dad hates protest songs! (“Goddam protesters! They need a bath and a haircut!”) 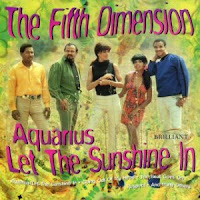 And it doesn't get any better when The Fifth Dimension launches into “Aquarius” during the tribute to Woodstock and “Hair” and the psychedelic era.

For someone like me, who was a teenager in the sixties, the video was weirdly evocative. But I was conscious of it being a nasty time and wondering what was going wrong. I'd never want to go back there. In his old age, though, Dad has mellowed out and thinks he's singing along with the sixties. Maybe he should watch it again and this time actually pay attention.

Did he really say that he thought Mohammed Ali "hates white people"? Did he actually think Portuguese people were "white" back then? I'm kind of wondering, in an amused sort of way, because when I was in high school in rural southern Ontario in the early 1990s, Portuguese people weren't white then. (I had a Brazilian-Spanish friend, and the majority-Dutch bigots in the school called him every racist name in the book because they couldn't figure out which one fit him.)

Granted, they may not have been as non-white as black people, but that's what that lovely word "ethnic" was for...

As best as I can recall, Interrobang, he also said, "Clay knows he has white blood in him and he hates every drop." When I wrote this post I nearly added a parenthetical remark that said, "(Although we were Portuguese, we were successfully passing for white)". Dad doesn't think we're "ethnic" at all. We're just plain ol' regular folks, we are. (And it's okay when we have the Portuguese national flag displayed at some Pentecost holiday parade, but when Chicanos do it on Cinco de Mayo, they're being disrespectful of the U.S. Go figure.)

It's been said by wiser than me: nostalgia just ain't what it used to be.

Zeno, how did you escape hippiedom yourself? Or did you? Somehow I have a hard time imagining you ever even experimenting much with "counterculture".

Karen, not only did hippie culture not ensnare me, it never even tempted me. (I'm okay with my brain pretty much the way it is, thank you.) I'm "countercultural" only to the extent that the culture sort of passes me by. Sure, fish don't always recognize the water in which they swim, but I certainly have refrained from chasing after the random things that float by. This is more a personality trait than a conscious choice, but I certainly have no regrets about it. In some respect, I have always been an aloof observer rather than a joiner.

I went to a party when I was in college back in the early 90s, and a sizable number of the attendees spent the evening reminiscing about the 80s. It was all friendly and funny, sort of, until they realized that the rest of us thought they were being ironic. It turns out that my friend's roommate had invited some of his Young Republican friends. And they weren't being ironic.

They were, however, being quite drunk (unlike everyone else at the party) and got kinda scary, so most of us sober people left. Which left our friend to wonder what went wrong with his cat Martha's disco birthday party. Maybe we shoulda stuck to the 70s? ;-)