After a couple of decades of full-time teaching, I'm seldom surprised by what happens at the end of the semester. We see the same things over and over again. Occasionally there's a variation on a theme, but it's usually a reprise of a classic situation. 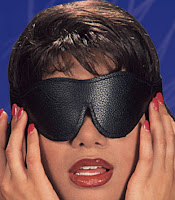 She showed up for the final. In a way, I admired her spunk. Sure, she needed an impossible 130% on the final in order to squeak out a passing class average of 70%, but she was entitled to take the exam. Sure, she did not have a prayer of passing, but it was better to go down with all flags flying, experiencing the final exam and perhaps learning some lessons that would benefit her when she repeats the class. Who was I to chase her away?

Two days later I had the final exam graded and I e-mailed the results to the students. My doomed student wrote back:


Oh. Now I understand. Each student had been assigned a three-digit identification number at the beginning of the semester so that they could find their class standings when I posted grade distributions on the bulletin board in the classroom. I had used the same ID numbers in the e-mail announcing the semester grades. The student in question had evidently lost the paper on which I had given out her personal ID number, had not remembered the number, and never bothered to ask me about it. She therefore had had no idea that her final exam target score for passing the class was an utterly impossible 130%.

She wasn't spunky. She was just invincibly ignorant. 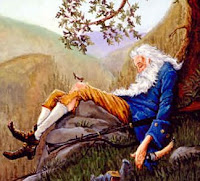 One of my students suddenly came awake near the end of the semester and realized he wasn't passing. He hadn't been passing for quite some time, but he had always cheerfully assumed that he could fix things later. But now “later” had arrived and the numbers were not his friend.


Hello professor Z, i understand that in order to pass the class i have to get a 104% on the final. well even if i get 100% on the final i still come up short. i know i did bad on my first 3 exams, i missed too many quizzes and i didn't turn in the research assignment, i know i cant make up for the quizzes i miss but is it possible to turn in the research paper on the day of the final and get partial credit. i am really trying to pass the class, i feel like i know the subject and i really dont want to take it again. if you can please consider letting me turn in the paper i would really appreciate. and i know is very late but if there is anything i can do for extra credit to improve my chances of passing the class please let me know. thank you..... Pete


Well, at least he knew his three-digit student ID number and had bothered to look at his grade. But “really trying to pass the class”? Not that I had noticed. He had missed about a quarter of the class sessions and had skipped more than a third of the assignments. He wants extra credit after having missed so many opportunities for regular credit? My sympathy was not really kicking in. Nevertheless, I could offer him a modicum of comfort:


Pete, the best time to have buckled down and taken the class seriously was several weeks ago. I am not accepting late quizzes or papers. Homework only.

Now you have a better view of the big picture. Do the best you possibly can on the final exam.


Pete showed up for the final exam and earned a middling B on the test. That suggested he could have passed the class if he had bothered to take it a little more seriously a lot sooner, but it was too little, too late. He earned a D for the semester. And he wasn't even the highest D in the class. 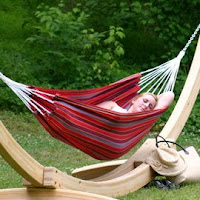 One of my students worked her fingers to the bone to pass the class. She spent many hours with her tutor and I saw her hunched over her book and her homework in the math department's study area almost every day. It was a formidable effort, especially since the math anxiety was strong in this one. While other students were coasting along with minimum effort, Tanya was barely moving despite maximum effort. She needed a B on the final to ice a C for the semester. And she missed the mark.

Interestingly enough, Tanya was almost certain she had succeeded. She handed in her final exam with a flourish, smiled at me, and marched off for a post-exam debriefing with her tutor. The tutor later told me that Tanya thought she had nailed all but two of the problems. The truth was quite different. Time and again Tanya had fallen prey to trivial errors in the initial stages of her computations, causing all of her subsequent efforts to be invalid. Those who live by partial credit sometimes also die by partial credit, and Tanya's grade was dying the death of a thousand small red-ink nicks.

Of course, as I sometimes remind my students, my spreadsheet does not assign their grades. I do. It was up to me to decide whether Tanya had demonstrated sufficient knowledge of the material to justify my giving her a C and unleashing her on the next math course in the sequence. I would be doing her no favor if she was actually unprepared to go to the next level (and I certainly wouldn't be doing her next instructor any favors in that case either), but a modicum of success might ease the math anxiety that was sabotaging her efforts. I scratched my head and found myself thinking she was ready to move on.

There were two students in the “hammock” position. These students had performed significantly more poorly on the final than Tanya had. Nevertheless, they had piled up more points earlier in the semester and the result of their slacking off was ambiguous. They were sandwiched tightly between Tanya's semester average and the fateful 70% boundary for a C grade. If I saw fit to assign Tanya a C, how could I avoid giving the same grade to the two students who were a tiny fraction of a percentage point above her? I couldn't. They were hanging in a comfy hammock suspended between Tanya's grade and 70%. She had outpointed them significantly on the final while they had outpointed her consistently earlier in the semester. All for one, and one for all. I pushed all three over the margin and assigned them C's.

Did I do the right thing? I hope so. Would the two hammock students have gotten their C's if Tanya hadn't been there? I don't know for certain. While I think students should be graded individually and try to adhere closely to that rule, it's definitely possible that circumstances favored the two whose free fall might have gotten them in more trouble if there hadn't been someone climbing up diligently below them.

It hasn't happened exactly in this way before, but no matter. These circumstances are typical at the end of every semester. I will see their like again.
Posted by Zeno at 1:00 AM

One thing is certain: students are the same all around the world.

I hate the hammock. But it does discipline me.

Seems to me you should use this 'hammock' position as something to invoke a mandatory 'viva voce', making the students defend their level of understanding and mathematical skills on the spot. That way you can pitch the questioning toward perceived strengths and/or frailties of the individuals, then 'out' them or 'in' them appropriately.