The problem of going solo

“Excuse me, but how are you doing that?”

I looked up from the notebook where I had been scrawling the topology topics given to me by the professor. He was looking back at me with a quizzical expression on his face. We were in his office, where I had dropped in for a consultation on study topics that he wanted me to concentrate on for my oral exam. He had cheerfully rattled off the subjects he considered the most important and I had begun to write them down while we chatted.

“You're talking and writing at the same time,” he said.

Yeah, so? I was multitasking. It wasn't as though we were engaged in more than idle chit-chat now. I could spare a few brain cycles to keep up my end of the conversation while I transcribed the list of topics he had given me. I did not see anything in the least remarkable in what I was doing.

“Oh, sorry,” I said. “I hadn't noticed I was doing that. It's just something I do without thinking about it.”

“Really? It's certainly not something that I could do!”

He was both bemused and emphatic. I was secretly pleased at his evident envy for my mad skills, which until that point I had not even realized anyone would consider to be madly skillful.

That was about thirty years ago. I hadn't thought much about that incident in the intervening decades, but recently it's occurred to me that my multitasking function just isn't what it used to be. The co-pilot who always kept me on course by minding my background tasks appears to have gotten tired of doing all that work without any credit or glory. I think he's taken early retirement. And I miss him.

It's probably one of those old-age things. My brain is now so full of facts and life experiences that the works are getting clogged up. (Yeah, that's a good excuse.) It used to be that my co-pilot was content to take charge of all navigational responsibilities. Not anymore. I found myself driving back to the faculty parking lot at school after lunch on a day when I didn't have any afternoon appointments there. I should have gone home! My co-pilot had ignored the day's flight plans. And it wasn't the first time.

I'm also doubling back more often these days to double-check the front door. My co-pilot used to see to it that it was securely locked before I left for work in the morning. Lately, however, he neglects to initial the work order and post it to the “done” file. My conscious mind observes the absence of a completed work order in the memory banks and has me trooping back to jiggle the knob. So far it's always been locked. (Well, except for that one time I left the front door ajar all morning. But that was just a mistake. And I was distracted.) 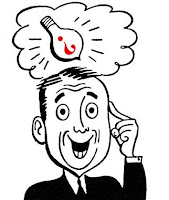 Now that my co-pilot has taken early retirement, he merely lounges and naps in the back of my mind. He used to helpfully sketch out math examples for me to present in class, but now he's not too keen on tapping some brain cycles to solve problems as a background task while I use the rest of the cycles to lecture to my students as a foreground task. Fortunately, he's still usually willing to serve up previously solved examples from the archives. I have a big collection of those, so creating new ones on the fly has not been a crucial need. (I liked when I could do that, though.)

I have to admit, however, that I understand my co-pilot's decision to retire early, or go on strike, or unilaterally reduce his hours, or whatever it is he's doing. He always got stuck with the boring and thankless stuff: Lock the door. Turn off the light. Drive me to my next destination. Talk to the professor. Prepare an example for lecture. Pop the muffin in the toaster. (But doesn't he suffer, too, when breakfast is postponed because the muffin wasn't ready in time?)

One adapts, of course, but it's difficult to know exactly what to do. Last night he forgot to turn off the water in the rose garden. If the city writes me up for flooding the gutter, how do I explain it's my co-pilot's fault? 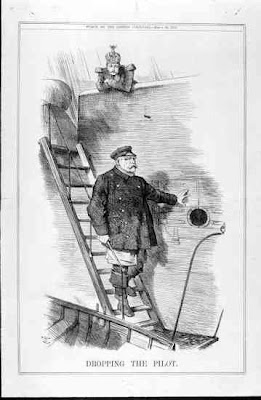 I worry what it will be like for me in the future, then, because I am only in my early twenties now and I certainly cannot talk and write at the same time...

If you don't have the ability, you can't lose it. So, not to worry.

Well, yes... but my point was, I am likely to lose cognitive abilities as a natural consequence of getting old. Since I lack the multitasking ability to begin with, I was (somewhat sarcastically) worrying over what it would be that I would lose. As always, prosody did not translate well through text...

I have to toss out the Fundie line: "If you'd chosen God as your co-pilot..."

But back in the real world, I've never had a co-pilot so much as a good auto-pilot. This is the part of my brain that gets me from my lab to various locations around campus, without me being particularly aware of the walk, or which drives me to my destination while I think about other things. It works most of the time, and I haven't (yet) seen it slacking off.

But true multitasking, like talking and writing at the same time? I've never been able to do that. I have the opposite problem: I can get so involved in one task that the world around me ceases to exist in my consciousness.

If I had chosen God as my co-pilot he would have gone missing just that much sooner!

I dithered a bit when composing this post over whether to say "co-pilot" or "auto-pilot." It's the misfiring of the auto-pilot functions that most drew my attention and has been the biggest nuisance. I relied on them more than I knew. But I used "co-pilot" because of the multitasking abilities that used to be the envy of my colleagues.

Now I am reduced to a mere mortal!

I am a horrible multitasker, I'm even a horrible single-tasker..
I once tried to listen to somebody while making some coffee... I ended up not listening to a single complete sentence in the entire conversation, and I fumbled horribly with the coffee, constantly forgetting what is the next item I need to use...
And I'm in my early 20's too...

Hmm, I see I am very similar to Karen, strong auto-pilot! And same problem (I consider it an advantage) of blocking out the world... My colleagues often accuse me of being very rude when they talk to me while I work, because I just snub them off with automatic replies while I focus on whatever it is I'm working on...

Auto-pilot actually terrifies me when driving, I suddenly "wake up" after a 5 minute drive realizing I am way more advanced in my trip, without having the slightest clue of how I got there! It terrifies me, because for all I know I just ran over several old ladies and have no idea!

I don't recall ever being able to multitask. And I think I've always been forgetful.

My septuagenarian aunt claims she suffers from Alzheimers light, so I don't know what excuse I have ...

Of course, I have terrible hand-eye-foot coördination, too. I have no clue how to drive, and I get into accidents on my bike far oftener than is comfortable.

My father says he can get anywhere in town from the church, because that's where the car goes when it leaves his house...

Zeno,
You might want to get your thyroid checked. When I started losing my co-pilot/auto-pilot abilities, I was nearly suicidal. I had never had to function without it, and I wasn't managing very well. At any rate, a few tests, a diagnosis, and now a tiny dose of thyroid hormone each morning has returned me to my former stereophonic self.

Like the other multi-task-challenged people who have posted comments, I also have very strong focusing abilities... it used to be utterly exasperating for my parents if I was reading a good book but they wanted me to do something. Now it is mainly my girlfriend who has to deal with telling me she's going out while I'm working on the computer, only to have me call her five minutes later wondering why she isn't home. Oh well, it looks like two distinct cognitive strategies. I mainly miss the ability to multi-task when I am on the phone... if someone in the room also starts talking to me at the same time, I lose both conversations.

Now let me see, what did I come into this blog for?

The distinction between an autopilot and a copilot make a lot of things clear. When I fall into a routine with my students and can tell that however well thought out a train of thought is it must also be really boring, I stop and tell them that I have been letting the autopilot take over. They usually find this fascinating and want to know what happens next. What happens next, I am afraid to say, is that I go about doing what I was already doing but with an air of spontaneity and more breaks to circulate and make positive comments on their work or their notes. As a result my autopilot doesn't get much practice.