The gravity of the situation 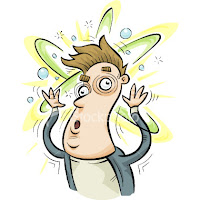 A major contender in the stupid sweepstakes!

All reasonably rational and intelligent people have had occasion to groan in pain and palm their faces in astonished contemplation of the inanities that come from the mouths of creationists, religionists, and other “believers” who rely on faith rather than knowledge. Once they have hung their tiny brains on the peg of revealed wisdom—usually derived from some sprawling and clumsy tome (like the Bible, Koran, or Atlas Shrugged)—they are smug in their ignorance and beyond the reach of reason. Is it even possible to recover from the weapons-grade stupidity displayed by Noah Hutchings and Jerry Guiltner in this exchange from the August 30, 2011, broadcast (at 13:28) of Southwest Radio Church's Watchman on the Wall? 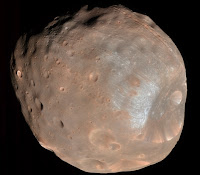 
Guiltner: [Laughter] I wish I could. I can't even explain why intelligent people would believe that. That it's just amazing that these folks that claim to be as smart as they are can't see that— You know, someone said, Brother Hutchings, that it takes more faith to be an evolutionist than it does to be a Christian and I believe that they may be right because that just simply makes no sense at all to me.

Pardon me for pointing this out, Noah and Jerry, but did you realize people occasionally hear things when you broadcast them on the radio? That's right. Folks are going to find out how stupid you are.

Fortunately, most of those who are listening are just about as brain-damaged as you are!
Posted by Zeno at 11:00 AM

It really doesn't get any worse than this, does it? Please tell me it doesn't.

Thanks for the link. I listened to the whole stupid broadcast.

Yes, I think you're correct, Michael, although I didn't catch the plural at first. Duly taken into account. Funny coincidence: I used Phobos as an illustration.

João Paulo: I can't be certain. The stupid is strong in this one. Hutchings is probably way too old to get a clue after so many decades of spouting arrant nonsense.

Oh. Noah Hutchings. That's who came to mind immediately when I saw your comment on Pharyngula.

I used to listen to him sometimes, to keep me awake in traffic. His pronouncements are as infuriating as they are hilarious.

Hutchings is on the air at a time when I am often in my car. Yes, he keeps one awake. It's difficult to fall asleep while both laughing and groaning. Most of the program in question was devoted to nonsense about the "secrets" of the Great Pyramid. Hutchings is among the most credulous of pyramidologists and a sucker for any numerological hocus pocus that you could imagine. His barb about the Big Bang was just a throw-away remark in the midst of a whole bunch of a different kind of nonsense.

Erm, but the Earth (at least) isn't really round (except when viewed from above the poles). It's squished, or as the "scientists" say, "oblate". How can this be???!!1!!

Erm, but the Earth (at least) isn't really round (except when viewed from above the poles). It's squished, or as the "scientists" say, "oblate". How can this be???!!1!!

That's because of the Fall and the pernicious influence of Satan. Once Jesus returns, the Earth will once again become perfectly spherical, as God intended.

I am impressed that he knows that the Earth is round rather than flat. There is some progress here.

Also, its axis will be pushed back to be straight up and down, as the Good Lord intended, none of this tilting stuff. We know this because Milton described how one of the punishments for Adam's sin was that the axis got off kilter, imposing all those nasty uncomfortable seasons on us.

This is all the funnier -- it's true, by the way -- I mean, true that the story is in Paradise Lost -- because Milton was no fool. Visited Galileo, you know, when the old man was under house arrest and needed permission from the Inquisition to have anyone visit him. God knows how that English heretic got clearance. But the passage in Paradise Lost illustrates a sort of reconiciliation of Science and Religion that maybe it would be better not to think too much about.

What's this guy's stance on heliocentrism?

Notwithstanding a few home-schooling tiger-parents hoping to raise the next Baby Einstein, Doogie Howser, or at least National Spelling Bee winner, it seems one reason the "creationists, religionists, and other 'believers' who rely on faith rather than knowledge" favor dismantling public schooling -- and in the interim, degrading its curricula (e.g., eliminating Thomas Jefferson from Texas' state-approved social studies textbooks, insistence on teaching solely abstinence-only contraception) -- is to shield children from learning science in the sense of actual knowledge, rather than faith-based indoctrination.

How they must secretly admire the Amish, whose children generally only attend school through 8th grade, and even then just with young women teachers who possess little more education than that -- not to mention the Taliban's agenda of keeping women illiterate...

It never ceases to amaze me how these people can think that if they're ignorant of some fact, everyone else must be ignorant of it to.

So... that dates them to what the 16th century? The whole "perfect" was shown by then to be perfectly unperfect... and, by that token, the moon is clearly not perfectly anything.

Physicalist, to such people ignorance is a virtue. Haven't you read about how Rick Perry is bragging that he's a better Presidential choice than Bush 43 (even though both were Texas Governors), because Perry attended TAMU while Bush went to (shudder!) Yale.

I used to listen to him sometimes, to keep me awake in traffic. His pronouncements are as infuriating as they are hilarious.

Yeah, but at some point you have to just break down and get a CPAP. Treating the apnea is less brain damaging than listening to self-proclaimed-Christian idiots on the air.