That's awfully white of you 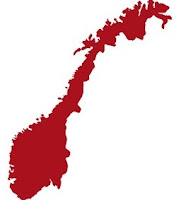 Right-wing terrorism and its apologists

A visit to Free Republic is a lot like snorkeling in a sewer. Not advisable. Unfortunately, the freeper rabble has enjoyed the unaccountable spectacle of its extremism getting mainstreamed via Fox News, the teabaggers, and the Republican Party (which is now a wholly-owned subsidiary of its nutcase fringe). The terrorist outrage in Norway sparked a predictable reaction among the freepers. First, it had to be an attack by Muslim extremists (or “Islamofascists,” as the freepers like to say). Second, the right-wing racist apprehended as the prime suspect isn't “right wing” in the American way. Third, the prime suspect was secretly part of an Islamofascist cabal (you know, just the way Timothy McVeigh was!).

While scanning the comments on Free Republic and gritting my teeth, I saw a phrase that puzzled me: “lily white” used as a noun.


I suspect this man is a ‘lily white’. This tactical action is very typical of Arab thinking.

It is meant to turn us against one another, to weaken us from within.

The Norwegians will find out the truth behind these acts and our media will ignore the facts. Just you all watch what develops.

Apparently the denizens of Free Republic have keen insight (or think they have keen insight) into typical Arab thinking. I held my nose and did a little more poking around. I found another use of the term. It was in a 2005 post about Joel Henry Hinrichs III, the suicide bomber at Oklahoma University:

As FReepers are probably aware, Jayna Davis, indefatigable reporter and author of THE THIRD TERRORIST, is on the case of the OU suicide bomber. A local FReeper is giving her assistance. Here are some of the highlights of our discussion a short time ago:

1 - she has spoken to the feed store owner, Justin Ellison . . . Joel Hinrichs III exhibited strange behavior while in the feed store trying to buy ammonium nitrate . . . the store owner asked why he wanted it, and Hinrichs turned away and started mumbling to himself

2 - Hinrichs was dressed in a photographer's vest that was stuffed . . . a wire was noticed sticking out of it

3 - a plain clothes officer was in the store at the time and witnessed what happened . . . Jayna is not clear who got it, but someone got the plate number to track the guy

4 - they did a background check and he came out clean . . . Jayna reminds us that he was a “lily white,” just like McVeigh and Nichols

What are we to make of this? A comment on this post provides a little more information about how this term is being used by the extreme right:

One only wonders why it has taken so long. Of course he was “lily white” like McVeigh or others on police checks. That's the whole methodology.

Another freeper weighed in with what he admitted was a “factless supposition,” but it certainly didn't stop him:

Assuming this is a Muslim event at its core, what if his handlers caught wind of the fact that the Norman PD was checking him out, and they made the quick decision to “set him up the bomb”?

I don't have any knowledge of how and why his bomb exploded, but if it's possible his handlers set it off, what do you think of this as one possibility? His handlers knew they needed a lily-white, and all of a sudden, he's under suspicion.

In Free-Republic parlance, therefore, a “lily white” is someone with a clean criminal record who serves as a front man for a (probably Islamic) terrorist organization. As we saw above, SatinDoll has already pegged right-wing Norwegian terrorist Anders Behring Breivik as one.

There is, however, some divergence of opinion among the freepers. Unfortunately, those who disagree with the Islamofascist-catspaw theory are even scarier than those who agree. The dissenters shake their heads in token disapproval of the massacre and then nod their heads in expressions of sympathy—for the killer. Fasten your seatbelts and consider the following, which came after a comment that Breivik had been described as anti-Muslim:


If that were the case, his target would've been Norwegian Muslims. ....of whom there are millions.

He was trying to make the enablers of the Muslim invasion pay. His motive, while inexcusable, is not that hard to understand.
18 posted on Saturday, July 23, 2011 11:33:17 AM by Gumption
“His targets make no sense if he was after Muslims.”

His target was the next generation of Labour Party activists, i.e. the people who make the laws that allow for muslim immigration. In a sick way, it makes plenty of sense.

We might consider giving Mr. Mojo the benefit of the doubt, since he could be giving a straightforward and dispassionate analysis of the terrorist's mental processes. On the other hand, he's on Free Republic.

Be afraid of these people. They represent where conservative American politics is heading, step by crazy heads-on-fire step.
Posted by Zeno at 3:00 PM

Personally, I'm much happier thinking that Mr. Breivik is an unbalanced nutcase whose motivations had less to do with immigrant aliens than with space aliens. He must be an aberration, a totally unpredictable freak. If I try to paint his massacre with a rational brush, the resulting image is too horrific to see, let alone comprehend.

But if you're in the mood for making sense with conspiracy theories, how about the fact that the massacre grabbed every inch of headlines away from Rupert Murdoch?

Yes, I'd much rather stick with insanity, thank you.

This'll make the Freepers' heads explode... but with my husband as my witness, when I first heard about the government building being bombed in Oslo, I thought not of al-Qaeda but rather of OKC and McVeigh. Then a bit later when I heard about the shootings at a Labor Party youth camp, I figured neo-Nazis.

It's like with the Madrid train bombings, when the modus operandi sounded like al-Qaeda's, not the Basque separatists' (ETA). I derive no particular pleasure in being right, but it seems doubly unjust to leap to conclusions that don't fit the evidence, just because they suit some faction's agenda.

I'm still in shock over the Norway terrorist attack. I've corresponded with my cousin who lives there; he says the entire country feels the loss, and I gather it's a personal loss in a way that most Americans probably can't relate to. Especially the youth camp shooting; My cousin said that two young men from his village (he knew them) were killed.

Then you have an archdemon (if there ever was one) himself, in the form of Glenn Beck, equating the young people to Hitler Youth.

Breivik is quite clear as to why he murdered 76 people, so it doesn't matter how right wingers try to spin this tragedy.

He cited several American anti-Islam right wing websites (as well as such websites in Europe).

To try to spin this as some Islamic-controlled terrorist attack is silly and is not going to fly with sensible people.

I thought the term "lily white" referred to his skin color so good post.

The Indepedent's Laurie Penny has a good column called "Calling Breivik mad lets the far-right off the hook" (here). Part of it:

To claim that this massacre was "nothing to do with politics" is offensive as well as illogical. Not only is there written evidence of an ideology, and a terrifyingly familiar one, behind these attacks, the claim insults the memory of the 68 young activists from the Norwegian Labour Party who lost their lives because of their political beliefs, because a right-wing terrorist had decided that, as the next generation of "Category A traitors" – supporters of "multiculturalism" and "feminism" – they deserved to die.

Writing off Anders Breivik as a "lone nutter" allows us to decry his actions without dismissing his ideas. This is precisely what Stephen Lennon, the leader of the far-right English Defence League, attempted to do in an interview on Newsnight this week, when it was put to him that Breivik listed several hundred EDL members as online contacts and had posted a message of support to the group shortly before disappearing to carry out his attacks. After expressing his sympathy with the people of Norway, Lennon told Jeremy Paxman that he shared Breivik's belief that Islam was "a threat", and that millions of people across Europe felt the same. "You can't just brush off millions of people who have concerns against Islam as lunatics," he said. "You need to listen to us, because god forbid this ever happens on English soil... that's not a threat, it's a wake-up call."