The Tea Party is not dead! 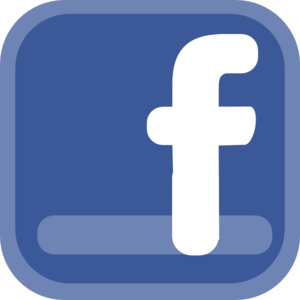 One of the joys of Facebook is stumbling across long-lost friends or relatives and renewing acquaintances. The downside is the discovery that an old friend or cousin has gone completely around the bend. Last year I ran into an nth cousin I hadn't seen since we were both teens. It was nice to swap family photos and do some catching up. But what do I find on her Facebook timeline? Stuff like this: 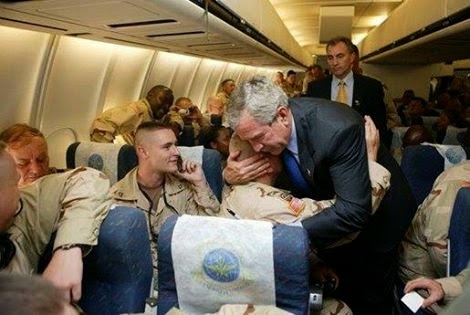 Now THAT was a commander in chief

Yeah, one hell of a commander-in-chief, all right. Did he also hug the many widows and widowers he created with his military adventurism?

Of course, my cousin pays tribute to our current president, too: 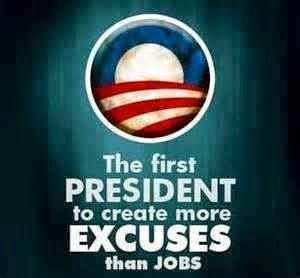 Hilarious! This implies, of course, that Obama's economic record is nothing to brag about. His job-creation record must be much worse than that of his glorious predecessor, right? Funny thing, though, about reality. George W. Bush took two terms to eke out a job increase of 0.21%. (Actually all the growth was in the second term, because it was 0.0% for Bush's first term.) Obama managed 0.23% in a single term, and it's still increasing during his second term.

This naturally inspires a question: Who from among the GOP's leading lights could be as great a president as the much-missed George W.? 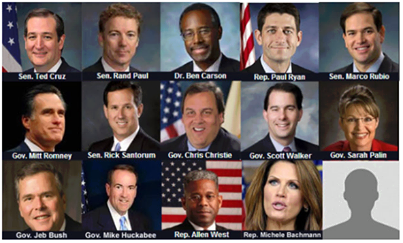 Who would you like to see as a presidential candidate?

Frankly, the gray silhouette strikes me as the most qualified and inspires the most confident. Of course, my cousin wants a Republican president who will finally get to the bottom of the Democratic president's many, many scandals. Like Benghazi: 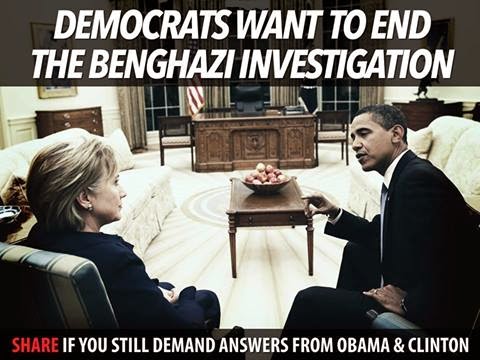 It would be much too easy for the GOP merely to accept the many answers they've already received. Besides, they didn't like those answers. Obama and Clinton have simply refused to cooperate. They stubbornly won't admit that they deliberately arranged to have Americans killed by Muslim terrorists. If they would just confess and volunteer to go to jail, we could finally put Benghazi behind us. So clearly it's the Democrats' fault that this just keeps grinding on. 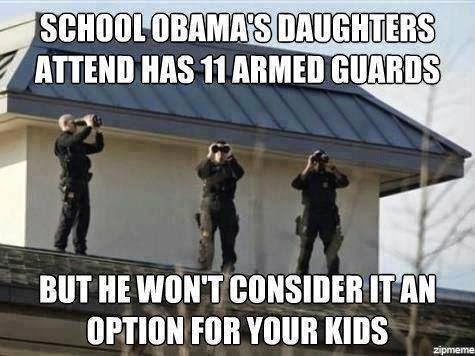 It appears that my cousin is concerned that her children are targets for terrorists—probably foreign, but possibly domestic. You can also tell, quite clearly, that the guards in the photo are packing heat. I presume it's merely a detail that these guards (a) are not at the Sidwell Friends school attended by Obama's daughters and (b) Sidwell guards do not carry firearms. My cousin, you see, has a strong aversion to fact-checking, which is likely to destroy an otherwise perfectly good story, just like most of the other posts that my cousin “liked” and “shared” from The Tea Party page on Facebook. (Today's special treat: Nutcase Allen West calls for Obama's impeachment. What? Again?)

My cousin intersperses saccharin pieties among the right-wing memes. Apparently God loves us (at least since 1954) and wants us to be happy, which is in odd conflict with the many miseries he's visited upon us, all “documented” by the right wing. Perhaps we're in the End Times! 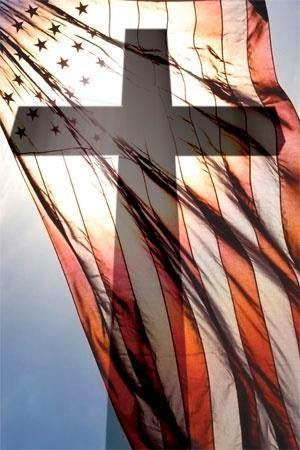 One Nation, Under God

NPR Morning Edition had a report this morning about Americans' propensity to believe conspiracy theories (as your cousin clearly does). See "More Americans Than You Might Think Believe In Conspiracy Theories":
http://www.npr.org/2014/06/04/318733298/more-americans-than-you-might-think-believe-in-conspiracy-theories

The gist is that "the research was trying to address [...] the stereotype about people who believe such theories [..] that they're poorly educated, or superstitious or that they are political partisans. It turns out the consistent predictor of such beliefs is something that you might almost call an All-American attitude - a belief in individualism, distrust of authority. And together those things translate into a desire to avoid being controlled by large secret forces."

P.S. Why aren't Herman "9-9-9" Cain and Rick "Oops!" Perry in that potential candidate array too?

Note that Eric Cantor just lost his primary to a tea-partier...

Among David Brat's philosophies is Christian capitalism. Whether he intended it or not, it certainly played into the hands of voters with latent (or otherwise) anti-Semitic tendencies, as the Republicans are now losing their only Jewish member of Congress (the GOP was none too kind to Arlen Specter, either, essentially running him out of the party for not being conservative enough).

The latest Pew study also shows that the majority of conservatives prefer to live among those of their own faith (and would be unhappy if a close family member married a non-believer in religion):
http://www.washingtonpost.com/politics/pew-poll-in-polarized-america-we-live-as-we-vote/2014/06/12/0b149fec-f196-11e3-914c-1fbd0614e2d4_story.html