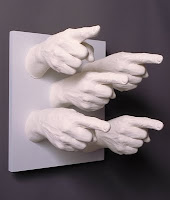 Or maybe just a crazed wingnut

Huh? Why was a classical radio announcer mentioning the name of a Supreme Court justice?

It immediately occurred to me that it must be a news bulletin. An emergency? Perhaps Scalia had died.

Good, I thought, my hopes soaring. What could be better than to lose one of the high court's most conservative justices while a relatively liberal Democrat is in the White House?

I instantly felt guilty, chagrined at my reflexive response. I was not behaving like a nonbelieving liberal Democrat.

No. I was behaving like a right-wing Christian Republican. The evidence bears this out.

“We need somebody to put rat poison in Justice Stevens's crème brûlée.”

Pastor Wiley Drake prays for the death of President Obama:

“If he does not turn to God and does not turn his life around, I am asking God to enforce imprecatory prayers that are throughout the Scripture that would cause him death, that's correct.”

“Set in slippery places those who feel secure in their deceptions and lies, conspiracies, treacheries, and false hopes and cast them down to destruction. You said you could and that you would and so we believe you and hold you to your word. With authority we call for it now to be done as they sit up straight and gloat in their so-called high and mighty positions and fortresses.”

I am better than these people, these hypocritical death-mongers who pay lip service to their Christian faith. (Who Would Jesus Murder?)

Therefore I rein in my contempt for Justice Scalia (who thinks a cross is an appropriate way to honor Jewish war dead) and refrain from hoping for his demise. It would suffice if he merely resigns from the court to enjoy a long and healthy retirement, where he can do little harm.

As for the radio news item? It turned out that Justice Scalia had appeared as a supernumerary in the Washington National Opera's production of Ariadne auf Naxos. He joined a crowd that included Justice Ruth Bader Ginsburg in the Act I party scene, during which Scalia provided a lap for the coquettish Zerbinetta.

No doubt Scalia was gone by the time Ariadne came on stage in Act II to beg for death in Es gibt ein Reich. For herself. Someone should tell the soprano that's not how it's done in Christian Republican circles. 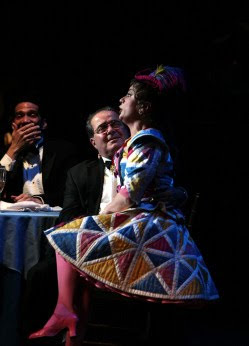 There's a difference, surely, between actively calling for someone's death, and just deriving a personal satisfaction from hearing the news?

At least it washes off the moral oil-based paint, St. Onan.

Yes, one of the things I'm angry at them for is how glad I feel when I hear bad news about them...