Getting on God's case

Not exactly open and shut

Strobel inaugurated the series with The Case for Christ, the 1998 book that purports to be a hard-headed journalist's investigation into the evidence concerning the basis for Christianity. The success of that first Case book inspired Strobel to follow up with The Case for Faith in 2000, The Case for Easter in 2004 (at 96 pages it's more like a pamphlet than a book), The Case for a Creator in 2005, and The Case for Christmas in 2005 (another 96-page quickie, just in time to battle against the phony war on Christmas). Each bears a subtitle along the lines of “A Journalist Investigates....” See? It's okay because a journalist rather than some preacher wrote it.

Strobel's prose is quite serviceable and highly readable, so no one can say that his years in the vineyards of journalism were wasted. However, one finds in Strobel's work merely the pretense of journalistic skepticism rather than skepticism itself. These days Strobel is simply an apologist for a narrowly literal reading of the Bible accounts of the origins of Christianity. I haven't read The Case for a Creator, so I don't know whether Strobel is a Genesis fundamentalist of the young-earth-creationist stripe. I do, however, have my own copy of The Case for Christ, presented to me with more hope than sense by a devout acquaintance. The book is organized as a series of interviews, with Strobel playing the role of a journalist trying to get to the bottom of a big important story. He presents the subjects of his interviews as expert witnesses, almost as if they were testifying in a formal inquest. 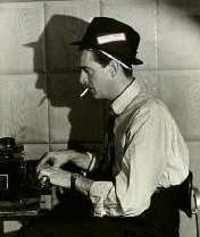 Many believers assume that nonbelievers simply lack the knowledge that they possess. It bewilders them beyond all measure to encounter nonbelievers who know more Bible verses than they do. How could someone know such things and still not believe? This was the nonplussed perspective of the conservative Christian acquaintance who gave me Strobel's book. Since I already knew the Bible pretty well, it was obviously necessary to present me with a closely reasoned discussion of the evidence whose logic would ineluctably lead me to the truth. He was bitterly disappointed when I found Strobel's literary endeavors to be no more persuasive than the original gospel accounts. The Case for Christ is just Strobel's brief for the defense, all of his interviews chosen to showcase scholars who will support the preordained outcome. It's not aimed at the knowledgeable skeptic. Rather, the book is well-designed to reinforce the faith of those who already believe and perhaps tip the balance of those who are already teetering on the cusp of faith.

It is highly instructive to compare the evidence that Strobel adduced for Christianity with discussions of the same material by other sources. Here is Strobel with Professor Craig Blomberg of the Denver Seminary:

“Let's go back to Mark, Matthew, and Luke,” I said. “What specific evidence do we have that they are the authors of the gospels?”

Blomberg leaned forward. “Again, the oldest and probably most significant testimony comes from Papias, who in about A.D. 125 specifically affirmed that Mark had carefully and accurately recorded Peter's eyewitness observations. In fact, he said Mark ‘made no mistake’ and did not include any ‘any false statement.’ And Papias said Matthew had preserved the teachings of Jesus as well.

Blomberg identifies Papias as only “a Christian writer,” which doesn't tell us very much. Perhaps Strobel and Blomberg shy away from irritating their predominantly Protestant readers by identifying him as the Roman Catholic bishop of Hierapolis, even though that might seem to strengthen the authority of his pronouncements. On the other hand, perhaps it is best not to dwell too much on the role of Papias in the history of Christianity. Randel McCraw Helms treats Papias at greater length in his book Who Wrote the Gospels?, which, by a curious coincidence, I was reading at the same time I was presented with Strobel's book. Helms cites the comments of Eusebius, who is sometimes called “The Father of Church History.”

In Book III of his work [History of the Church], Eusebius reports that in the fragments of the writings of Papias, the second-century Bishop of Hierapolis, this figure remarked that he was always interested in what any Christian visitor to his city might tell him about the old days of the first-century church:

And whenever anyone came who had been a follower of the presbyters, I inquired into the words of the presbyters, what Andrew or Peter had said, or Philip or Thomas or James or John or Matthew, or any other disciple of the Lord, and what Ariston and the presbyter John, disciples of the Lord, were still saying. For I did not imagine that things out of books would help me as much as the utterances of a living and abiding voice. (150)

Papias was, in other words, a collector of oral lore about early Christianity, of which there was a great abundance. Eusebius notes that Papias “reproduces other stories communicated to him by word of mouth, together with some otherwise unknown parables and teachings of the Saviour”; indeed, Eusebius continues, Papias apparently got his “notions by misinterpreting the apostolic accounts,” since he “seems to have been a man of very small intelligence, to judge from his books” (152-153).

Strobel later cites Eusebius in support of the four canonical gospels, noting that he dismissed other so-called gospels as “totally absurd and impious.” Thus the testimony of Eusebius is deemed valuable when it's not tearing down the statements of a star witness like Papias. The conclusion is clear, although it's not the one intended by the author. The Case for Christ is an exercise in Christian apologetics and that is all it is. The book assumes the guise of a journalistic investigation, but that is merely stage dressing. The deus ex machina is already poised, suspended in the flies, ready for the stagehands to crank into view when the cue comes for the big finish.

Zeno, I am a Christian and I want to commend you on your analysis.

Right or wrong, I attribute some of your thoughtfulness to your mathematical background. This is the same thing I stress to my students: you probably will not get a job doing trig functions or derivatives, but the thought processes involved in doing this level of math is what will be expected of you in a serious technical career. We are taught to justify, look for exceptions, follow through, and come to clear conclusions.

I see that thought process in your analysis.

Re: Case for a Creator. It's based 100% on Intelligent Design, and, like the IDiots, he's careful not to alienate either one of YECs or OECs. The Wells chapter does a lot of evolution-bashing, but there is a lot of stuff in the book that accepts the big bang (and the associated age of the universe) at face value. Though, in other books, I've heard that he also takes at face value the ideas of some YECs. Basically what this means is that he doesn't really say what he is, but he's willing to use either position as it suits him to write a book and make gobs of cash.

I'm coming here from Jason Rosenhouse's blog. Rather late in the day.

The line you quote from Helms
"Eusebius reports that in the fragments of the writings of Papias, the second-century Bishop of Hierapolis, this figure remarked that he was always interested in what any Christian visitor to his city might tell him about the old days of the first-century church" is misleading in two important ways.

First, Eusebius doesn't report anything about "the fragments of the writings of Papias." Eusebius clearly has *read* Papias's *books*, not "fragments" of those books. The "fragments" are simply the quotations from Papias that exist in Eusebius and other places -- they are the fragments that are that *we* now have of Papias's writings.

Second, more importantly, to contrast a "first century church" with a "second century" collector of lore can make it look as if 100 years separate them. But consider this parallel: a twenty-first century author, writing, say, in 2025, reporting on the twentieth century presidency of Ronald Reagan could easily be writing from memory, or relying on the testimony of eyewitnesses. (I will be 67 in 2025, and I will certainly remember Reagan's presidency.) Papias wrote around 125, and the Gospels were written in the last third of the first century, so the parallel with Papias's potential sources concerning the composition of the Gospels is pretty much exact.

Richard Bauckham, in Jesus and the Eyewitnesses, has a detailed chapter on Papias in which he argues that Papias was in contact with disciples of two still living disciples of Jesus. I wonder what you think of that chapter (or that book)?

"Richard Bauckham, in Jesus and the Eyewitnesses, has a detailed chapter on Papias in which he argues that Papias was in contact with disciples of two still living disciples of Jesus."

The trouble is some of the mistakes in the Gospels are tells that legendary content has gotten in them. Even if we conclude that the Gospels came in large part from the disciples' testimony, it would not follow that they were correct, or even accurate.

strobel's first two books did more to convince me to abandon christianity for good than any other author. thank you for this brief summation of just how he did it. it's good to know i'm not the only one who thinks this way.