What happens next (or should)

The Supreme Court wobbles from side to side in its rulings, notoriously gutting the Voting Rights Act the day before it similarly eviscerated the Defense of Marriage Act. Apparently ensuring that people get to vote is unimportant while expanding the right to marry is all right. Go figure.

Chief Justice Roberts did, of course, offer a rationale for tearing the guts out of the VRA: Things are better now, so we can shut the door on intervention against vote suppression. Also, the VRA is inherently discriminatory because it singles out certain regions for heightened scrutiny.

Actually, I am nearly on board with that last item. The regional rationale for the VRA is old and certainly in need of reexamination. As Roberts phrased it, “40-year-old facts having no logical relation to the present day.” Unfortunately, Roberts and the court majority saw fit to simply strike down Sec. 4 of the VRA and set free the regions required to obtain preclearance from the Department of Justice before implementing changes in voting laws or procedures. The congress, the court blithely said, “may draft another formula based on current conditions.”

The congress. Right. And how much longer will it be before congress recovers sufficiently from its Tea Party dysfunction and begins to act like a legislative body again? The court's action and the congress's certain inaction have opened the way to the vigorous pursuit of partisan voter suppression, the current favorite hobby of Republican-controlled states. Texas and Mississippi didn't even pause for breath in the wake of the VRA decision before announcing the implementation of draconian new measures that had been previously blocked.

Now is the time for Democrats and democrats to respond vigorously to the Supreme Court action. Otherwise, new voter-suppression rules will seek to disenfranchise enough people so that right-wing rule in the red states and in the House of Representatives will be prolonged well beyond its sell date (which, frankly, must have been somewhere in 2011, a few days after Boehner became speaker).

I see a response with two major features. 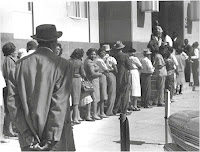 Remember how Republican governors conspired with Republican legislatures to reduce early-voting hours, consolidate minority precincts, and impose voter ID requirements? While the GOP pretended to be fighting voter fraud (without ever managing to document anything significant—unless you examined their own activities), a few Republicans occasionally forgot the cover story and let the truth slip out; for example, Mike Turzai: “Voter ID, which is going to allow Governor Romney to win the state of Pennsylvania, done!”

The Pennsylvania law was largely blocked for the November 2012 vote and Obama beat Romney by 5.38 percentage points, or 309,840 votes. The ID law would have had to discourage approximately 310,000 Obama voters (and no Romney voters) in order to flip the result. So close!

But several voter-suppression efforts did take effect, resulting in ridiculously long lines at precincts in minority districts and waiting times of several hours before being able to cast a vote. Why didn't these measures swing a few more states in Romney's column, he being the intended beneficiary of reduced vote totals?

The answer may be relatively simple. The voter-suppression efforts were so blatantly partisan and so clearly aimed at minority voters that people got angry. No one was going to deprive them of the right to cast their ballots, so they endured the miserable delays and cast their votes as acts of defiance.

In the 2014 midterm elections, the Democratic Party should not, however, rely on anti-GOP resentment to pump up the ranks of stubborn voters. With Section 4 of the VRA struck down, many more blockades will be put in place in the Republican states. Hence the Democratic Party and Obama's Organizing for America operation need to put into high gear a broad-based voter-assistance effort that aids voters in clearing the hurdles in their way. Help them obtain personal photo IDs in those states that require them, being aware of those states where the “acceptable” IDs are strictly and narrowly defined. Provide support in insufficiently equipped precincts where Republican election officials “forget” to provide enough voting stations. Roll up support vans with food and water and folding chairs (and chemical toilets?) to help people during multi-hour vigils in long lines.

And, of course, teams of lawyers to obtain court orders and injunctions wherever necessary to mitigate the most blatant abuses. The traditional “get out the vote” efforts must be expanded by a full magnitude if it is going to trample down the GOP-imposed barriers to democratic action. This is war, baby. 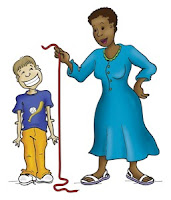 Yes, the House of Representatives is singularly dysfunctional and the filibuster-hobbled Senate isn't much better. Nevertheless, Democrats in both houses should introduce measures to address the demise of Section 4 of the Voting Rights Act. After all, the chief justice specifically invited congress to speak to the matter.

The brand-new standard should be simple and relatively easy to explain. That way Republican naysayers will be more easily exposed as the anti-voting thugs they are. Since statistical measures would inevitably be involved (and people are often put off by such arcana), keeping it simple and explainable would be a challenge, but it must be met. I suggest a modest approach along the following lines:

Use census data and voting data to create two profiles for each state and compare the profiles. Compute the difference between the profiles by means of a simple calculation, perhaps something like the sum of the squares of the differences between corresponding demographic segments. For example, suppose that a state's population breaks into four groups: 60% is A, 20% is B, 14% is C, and 6% is D. However, voting data indicates that the voting profile was 80% A, 12% B, 4% C, and 4% D. The metric based on summed square differences would be

Is this a shockingly bad result? Let's not worry about it, because there is no need to decide in advance. Instead finish computing the metric for each of the 50 states and the District of Columbia (or any city or county or other electoral entity under scrutiny; see the examples in the margin). Now the states can be ranked in order of accumulated differences between population demographics and voting demographics. The scores will be big for states with disproportionate discrepancies and small for those where differences are close to zero. Designate the top quartile (12 or 13 states) as preclearance regions. They could be anywhere in the country, without singling out the South. The playing field is level. The legislation could select a break point so that no state achieving that level of voter participation would be subjected to preclearance just because it's in the top dozen. (If a large majority of the states are doing well, some states with small metric numbers would start slipping into that dirty dozen without deserving it.)

I'm sure that sophisticated statisticians could happily argue about more suitable metrics, but I tossed this out as merely an example that could work and is simple to compute. As long as comparable data are used for the various states, the results would be sufficiently comparable to rank the states in order of voting conformity with actual state demographics, highlighting those states where certain demographics get disproportionately represented or suppressed.

Will congress adopt any measure like this to restore the VRA? Probably not. But who will the obstructionists be? Make them stand up and be counted. Flush them out and expose them to the light. Let the irritated voters know exactly who it is that does not want them to cast ballots.

Get working, folks. Voter suppression is real and the response needs to begin yesterday if we're going to be ready for the challenging landscape of 2014. Don't be content to rely on the self-destructive tendencies of the nutcases running the Republican Party. They can do a lot of damage if we're not ready to rein them in!
Posted by Zeno at 11:30 AM

Fine idea, Zeno. Given that our fair California has been guilty of obstructing the vote at times in specific locations, we could live with it.

What if the hypothetical voting profile is 0% B, and the sum of the squares of the differences for the other three groups are slight enough that they add up to 168? Would that be an equally (un)just result? Or would a metric that considers percentages be fairer?

Guess I didn't explain it clearly enough. What I meant was something like these examples, where one group's voting would be suppressed entirely:

States with identical numbers would be treated the same under the VRA. The numbers are a tool for ranking the states and the individual numbers do not have any special significance otherwise (or, at least, I'm not trying to give them any such significance). All input numbers are percentages and the only thing that matters is the difference between corresponding pairs.

While (let's hope) the US is unlikely ever again to have situations like those that Black citizens faced in the South during Jim Crow (with Black voting approaching 0%), I still wonder if some 568 scores are more unequal than others -- although obviously they're all bad.

Do we have any congresscritters who can understand those simple calculations?

Apparently ensuring that people get to vote is unimportant while expanding the right to marry is all right.


This has nothing to do with unimportant vs important. This has to do with the law and what it says.