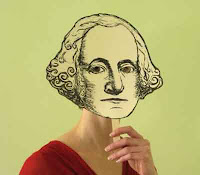 Well, what if we’ve been misunderstanding Rove? We’ve been seeing him as a man dedicated to helping angry right-wing billionaires take over America. But maybe he’s best thought of instead as an entrepreneur in the business of selling his services to angry right-wing billionaires, who believe that he can help them take over America. It’s not the same thing.

Oh yeah, I caught that anachronism right as I read it the first time. Has anyone appended a comment to the article pointing out the gaffe yet?