Pyrrhus in the pulpit 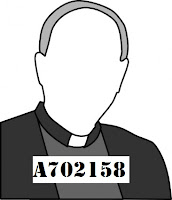 The e-mail announcements from the Catholic League always bear ALL-CAPS subject lines, presumably to conform to the histrionic style of its leader and bombastic spokesman, the cheerfully obstreperous Bill Donohue. Clearly the crew at the Catholic League was poised with press release ready the moment the jury weighed in on the fate of  Monsignor William Lynn. The priest was convicted on one count of child endangerment:


Monsignor Lynn served as secretary for clergy for the 1.5 million-member [Philadelphia] archdiocese from 1992 to 2004, recommending priest assignments and investigating abuse complaints. Prosecutors presented a flood of evidence that Monsignor Lynn had not acted strongly to keep suspected molesters away from children, let alone to report them to law enforcement.

The jury, however, declined to convict Msgr. Lynn on the charge of conspiracy or a second child-endangerment accusation. Thus Donohue hastened to declare victory, sort of, with a generous dollop of but-everybody's-doing-it:


The witch-hunt has come to an end, and those who have been clamoring for blood lost big time. What made this a witch-hunt was the decision of former Philadelphia D.A. Lynne Abraham to summarily ignore what she was empowered to do in 2001: she was given the charge “to investigate the sexual abuse of minors by individuals associated with religious organizations and denominations.” Had she done so, those cases of minors who may have been sexually molested by ministers, rabbis, and others, would have been investigated. Instead, absolutely nothing was done about these cases.

Nothing was done? Bill knows this, of course, because D.A. Abraham declines to confide in him concerning other investigations by the district attorney's office. Therefore these other investigations must not exist. Since the D.A. went after a Catholic priest, this is obviously a vendetta against Rome. Besides, Abraham failed to get a conviction against a second priest, hence her prosecutorial efforts are exposed as simple anti-Catholicism. At least, this is how the Catholic League sees it!

Donohue's crowing is not muted by the facts of the second case:


A second priest, the Rev. James J. Brennan, 49, was tried with Monsignor Lynn, charged with attempted rape and endangerment of a youth, but the defense challenged the accuser’s credibility.

To convict, the jury had to find that Father Brennan had not only abused that boy but continued to put children at risk over subsequent years of ministry. The prosecutors were unable to find later victims. The jury said it was deadlocked on the two counts against Father Brennan, and Judge Sarmina declared a mistrial on those charges.

Donohue, however, is certain that Fr. Brennan was small fry and not the real target of the investigation:


They wanted the big prize—they wanted to nail a high-ranking clergyman on conspiracy. Had they won on this count, they would have been in the driver’s seat to pursue other “conspirators” nationally. Looks like their car ran out of gas in Philadelphia.

Just between you and me, however, I suspect the celebratory mood is rather more muted when Donohue and his minions are behind closed doors. Another molester-shuffling cleric has been caught playing “hide the abuser.” The champagne won't have many bubbles.
Posted by Zeno at 9:30 AM

Msgr. William Lynn is expected to go to prison for ca. 7 years.

In other Pennsylvania child sex abuse news yesterday, former PSU assistant football coach Jerry Sandusky was convicted on 45 out of 48 charges. If you want to read something really shocking about how he got away with some of this crap, here's an article by the Harrisburg "Patriot News" Pulitzer-winning reporter:

"Jerry Sandusky case: Matt Sandusky says he, too, was abused by his adoptive father":
http://www.pennlive.com/midstate/index.ssf/2012/06/jerry_sanduskys_son_says_he_to.html

Further news re Sandusky: Apparently some of his neighbors set off celebratory(!) fireworks Friday night following his 45 guilty convictions:
http://www.washingtonpost.com/politics/after-sandusky-verdict-neighbors-release-emotions/2012/06/23/gJQAzESJyV_story.html